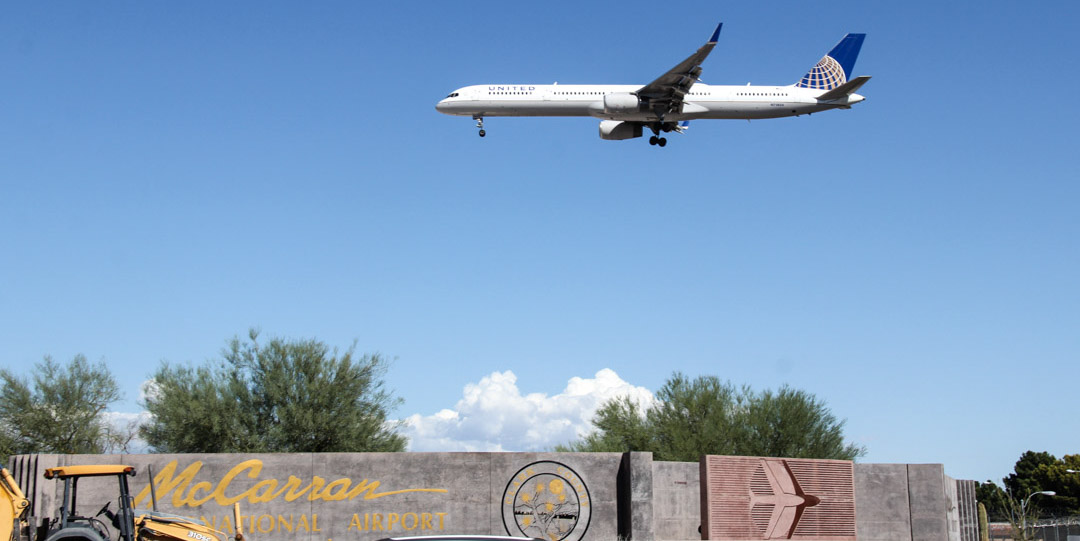 If you like to visit out of state, or have others visit you, airport convenience and affordability matter.

L.A. is home to three big airports and a bunch of smaller ones. In the Bay Area, you have San Francisco, Oakland and San Jose.  There are lots of airports for leaving California. There is only one Las Vegas airport – McCarran International.

But it’s a good one. And the question isn’t how many runways there are but does that get you where you want to go consistently, easily, inexpensively and when you want to go?

In that, McCarran International Airport in Vegas excels.

Cheapest deals are to and from Las Vegas airport

If you check out the websites that promote the discount air fare sales, Las Vegas is almost always among them.  Part of that is because two major low fare carriers hub there (Southwest and Allegiant). It’s also because people in every city want to come to Vegas, so it’s almost required to have that on the list to get the attention of spontaneous travelers.

Having low fare flight deals in and out of Las Vegas airport doesn’t only mean that your friends will visit but that you (and your California friend and relatives) can travel easily and inexpensively as well. And there are few places in California that are not close to a low fare airline route that goes to and from Vegas. Look it up.

The airport is also just south of the Strip and near where two freeways intersect, so it’s a low-hassle trip to get there.

So Las Vegas has an airport that’s easy to get to, goes where you want to go and often has the best deals in the country. Wouldn’t you rather buy a home and live in a community with that advantage?

Show me a metro area in coastal California that has all three of those features.