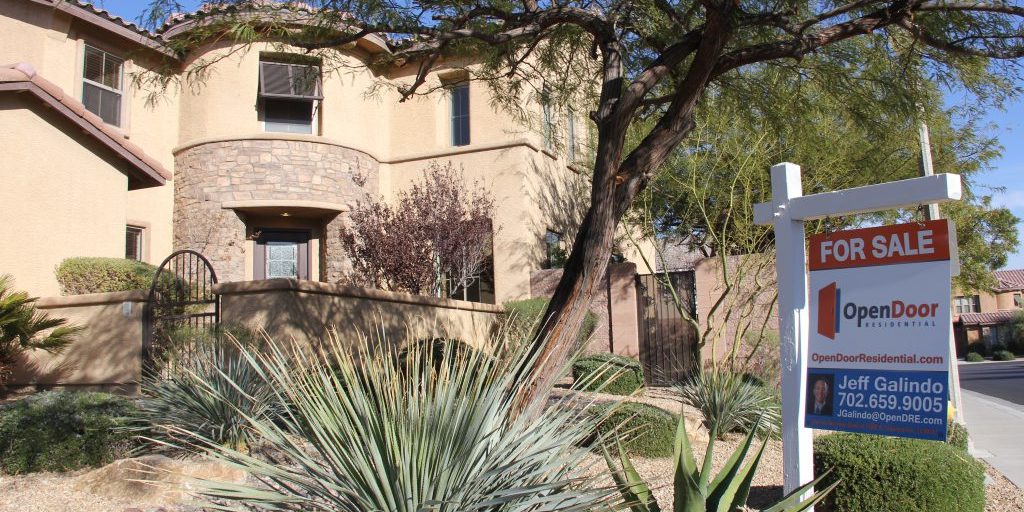 That’s even with less inventory of homes for sale

Housing prices in Las Vegas jumped 14 percent from the end of 2016 to 2017, despite fewer houses going up for sale, according to the local Realtors group.

That made the median price for a resale single family home $267,900. Condos’ median price was $143,000 — a whopping 26.5 percent higher than a year ago, the Greater Las Vegas Association of Realtors reported.

It was the third-best year on record for sales, GLVAR said, with 46,598 properties sold, up from 41,720 the year before. The top year was 2011, when investors were scooping up houses in a market rebounding after the Great Recession. The next-best year was 2009.

A ‘solid year’ for Vegas

Chris Bishop, a longtime local REALTOR® who took over Jan. 1 as president of GLVAR for 2018, said it was a solid year for the local housing market.

“Overall, I think most people would agree that 2017 was a pretty good year for our local housing market,” said GLVAR president Chris Bishop. “Homeowners and sellers enjoyed strong appreciation, and homes were selling as fast as we’ve seen in recent memory.”

But he and others believe prices still have a way to go. Las Vegas is one of the few metro areas in the country still below peak values.

“Local home prices aren’t even close to their peak, which suggests that we have still have some room to grow,” Bishop said. “Mortgage interest rates stayed relatively low. And foreclosures and short sales have become so rare that they’re really not a factor in the market.”

A couple of other numbers in the GLVAR report demonstrated how far the Las Vegas real estate market and local economy have risen  since the recession recovery began.

First, the percentage of cash buyers declined 3 percent, from 28.7 to 25.7 percent, year over year. But five years ago, when investors were snapping up fire sale deals in Vegas, cash buyers accounted for a 59.5 percent of all deals.

So while Las Vegas remains inexpensive compared to other Pacific time zone metros and investors continue to play here, the majority of transactions are more traditional. And that is an indication of a more stable market.

An even more significant number is in distressed sales, mostly foreclosures and short sales. They were 3.6 percent of all transactions n 2017. That’s down from 11 percent a year ago. But Bishop noted that five or six years ago they were about 75 percent of the sales.

Sales volume was higher and faster

Almost $822 million worth of home sales occurred during December, an increase of 10.9 percent. Condos and townhouses accounted for about $91 million, 9.2 percent above prior years.

Speed of sales improved as well. Last December, 71.7 percent of homes sold in two months, while 79.3 percent met that time frame in 2017. The comparable numbers for townhouses and condos was 76.3 percent last year and 88.4 percent in December of 2017.

“Overall, I think most people would agree that 2017 was a pretty good year for our local housing market,” Bishop said.