What do Raiders moving to Vegas mean to your housing values? 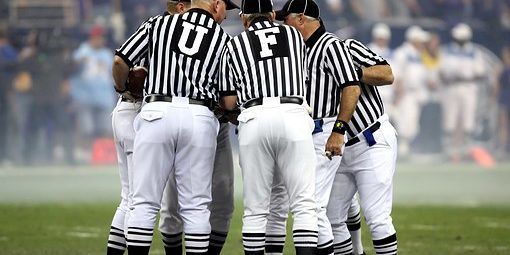 I hear it all the time from open house visitors and other buyers and sellers of Las Vegas real estate:

“What are the Raiders coming to Vegas going to do to our home values?”

If you live in suburbia, which is most of Las Vegas, it will mean nothing – at least directly.

Think about it. The Raiders probably have 300 full-time employees, maybe a few more. including the actual team (none of whom are going to be buying in my neighborhood given their income level). If all of them moved here and bought homes tomorrow, that’s not going to drive up prices.

Other Californians do matter, though. Some 100,000 people came to Vegas after leaving California in 2018 along, according to some reports. It wasn’t the Raiders driving those moving to Las Vegas decisions; it was California’s sky high housing costs, exorbitant taxes, oppressive traffic, high cost of living, and perhaps fear of earthquakes. (The top three counties sending residents to Vegas are Los Angeles, San Bernardino, and San Diego – not Oakland.)

So if you have a typical suburban home in Las Vegas and think the Las Vegas Raiders are going to greatly improve its value, you’ll be disappointed.

The Raiders coming to Las Vegas will help tourism here, and in a way unique among all the metro areas in America with professional sports franchises.

I don’t support cities using taxpayer dollars to build stadiums and give tax and construction breaks to professional teams. They are monopolies and don’t need the help. If cities stopped fawning over these franchises and let the market decide where they located, we would probably have all the same times in the same towns and do so without pulling money out of taxpayers wallets. Most of the studies showing the supposedly added revenue sports teams bring fails to note that most of that money is spent by locals and would be spent regardless of the team.

That said, Las Vegas owns a larger piece of the truth in the oft-repeated lie than most metro areas.

Most people are not going to fly to Phoenix to see their favorite team beat the Cardinals. Same for Buffalo, Cleveland and even the frequently visited places like L.A. or New York. It just doesn’t happen enough to make a difference to the tax base.

Vegas, though, is different in that regard.

You could easily envision people flying in from anywhere in America to watch a game and spend another three days dining, watching shows, and gambling. The game is the event (or maybe even excuse) that drives the timing.

Will it help Las Vegas real estate at all?

If you own a condo or a hotel-like property that you can rent out for short-term rentals, you very well might benefit from the move. My guess is you could create game pricing and scheduling, giving you better rates and perhaps even packages for sports nuts.

If you have one of those, hang on to it.

“People are seeing that it’s a valuable area to be in and will continue to grow once the Raiders arrive, Uri Vaknin of KRE Capital, told the Las Vegas Sun.

While the Raiders organization is probably only a few hundred, building Allegiant Stadium and staffing it for events will drive jobs and investment around it.

According to the Southern Nevada Tourism Infrastructure Committee, the venue will create almost 6,000 jobs and $231 million in wages. Most of those will be part time and in addition to what people are already doing, but if you’re one of them, it will help.

Businesses around the stadium undoubtedly will get more businesses on game and event days as well. But remember. This is Vegas. People coming to town for a good time is not exactly an aberration we’ve never seen before. It helps, but it is incremental.

10-plus reasons to Dump California for Vegas

9 headlines on why people and businesses are leaving California

Where go housing prices … and what about recession fears?

Get the DumpCal book for free