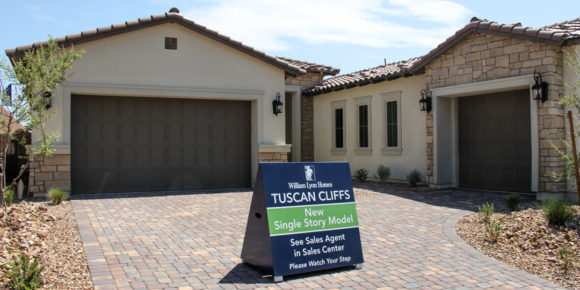 After a hellish recession-era bust, housing value gains, particularly for cheaper homes, is 100% plus for past 5 years

We’ve hard all the wild stories about housing prices skyrocketing off the planet in the techie towns of San Francisco, San Jose and Seattle, right?

Take a guess which metro area had the greatest percentage increase in housing value over the past five years.

​That’s right. As homeowners here know all too well, Las Vegas was the poster child for the housing bust of the Great Recession, with more than half the homes here under water at one point.

That was the result of bad behavior by buyers, builders, financiers, politicians and just about everyone else who played in the real estate game at the time. Innocent others were burned by their behavior. Housing prices when through the roof and then crashed through the floor – nowhere more powerfully than Sin City.

Yes, the higher you climb, the farther you fall. But the further you drop, the greater the rebound. And that’s just what happened in Las Vegas, at least for the homeowners with the least expensive homes.

According to a CBS News story, it’s been the less expensive housing that has rebounded the most – by percentage, not total dollars – and Las Vegas is tops on the list with a 104 percent gain over five years. San Francisco is right behind at 103 percent.

Las Vegas is also No. 2 nationally in greatest gain over the past year, with a 19.9 percent increase, the article stated. That’s behind only Tampa, Florida, ate 20.4 percent.

Many observers are predicting that housing prices will continue to climb in Las Vegas, although perhaps not as dramatically.

So you would have doubled your equity in appreciation alone if you owned a house in Vegas during the past five years. That statistic is tempered for those who bought just before the crash who may have lost half their investment and now have simply made it back.

It might be advisable to pay attention to these trends when making real estate decisions to buy a house or sell a house in Las Vegas this year.​ 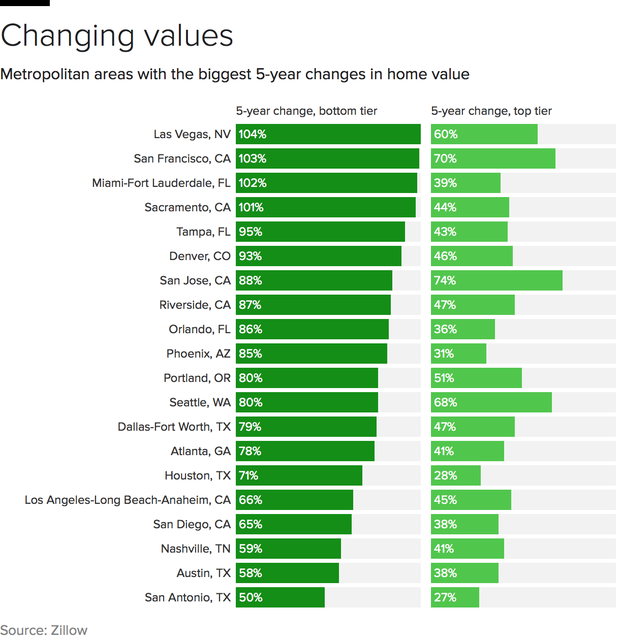