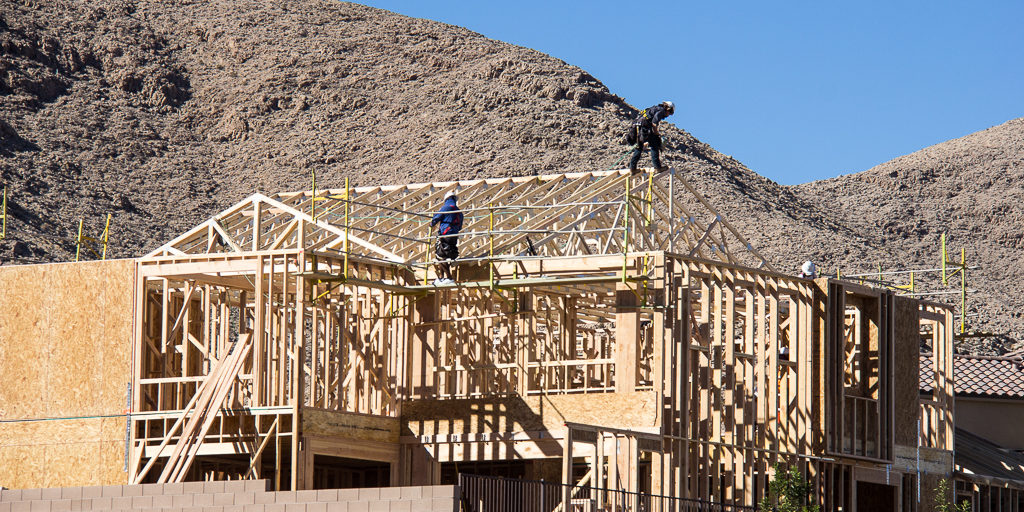 It looks like more of the same next year

That’s what the tea leaves seem to be saying about what the Southern Nevada real estate market will look like in the coming year. I’m no economist – just a long-time journalist turned Realtor – but it appears you don’t need a PhD to connect some of these dots.  As the old saying goes, though, it is difficult to make predictions, particularly about the future. That said, here goes:

The Grapes of Wrath in reverse

The exodus of the middle class fleeing unaffordable California will continue and expand. We’re seeing more and more stories about failing to make it in the Golden State, where housing prices are so high that three-fourths of the population can’t afford to buy there. Add to that the crushing income and property taxes, growth of regulation plus horrid traffic – not to mention fires and earthquake threats – and the low-cost, no-income-tax state next door is going to be increasingly attractive.

Most of those fleeing are heading for Texas, Arizona or Nevada (all low tax states with decent weather). Nevada is getting the fewest of the three but the highest percentage compared to current population.

Don’t expect this to change in the near future . . .

A continued shortage of houses for sale​

The Greater Las Vegas Association of Realtors considers a six month supply of houses for sale to be a “balanced” market. Right now, we have less than a two-month supply, and that has been declining more frequently than improving this past year. That’s good news for sellers but bad news for buyers and for a robust market with lots of transactions.

“Expect a repeat of 2017: low inventory, multiple offers, rising prices and interest rates,” says Josh Holmes, founder of The Holmes Team at RealtyOne Group in Henderson. “Because of that low inventory, new homes will lead the way in expectations and prices. I think we will see a lot of move-up buyers and retirees as people cash in home equity.”

Number of available houses in Las Vegas continues to decrease

New homes will be an increasingly greater percentage of home sales

Homebuilders were putting up close to 30,000 houses during the raging excesses of the false housing boom, and they are understandably more reluctant to throw up spec homes willy-nilly given the recent experience of the crash. But they were on track to build 9,000 plus new homes in Las Vegas in 2017, up more than a thousand from the year before and not much in the few years before that.

With continued population expansion and organic population growth in Las Vegas, demand will push buyers – particularly the Californians flush with equity cash from selling over-priced homes on the Coast – into new. There is no place else for buyers to go. (No one’s making new used homes.)  We probably will see more spec homes by builders, but nothing like in the boom.

“Expect a repeat of 2017. Low inventory, multiple offers, rising prices and interest rates. Because of that low inventory, new homes will lead the way in expectations and prices. I think we will see a lot of move-up buyers and retirees as people cash in home equity.

Because new homes cost more than resale, expect that also to drive up prices for new and resale.

And because of that, I expect that . .

Home buyers will discover the north and northwest

The northwest part of the Las Vegas valley has been the last to develop, undoubtedly because of freeway access to the rest of the metro area, which is improving. With that, you can get more house for the buck in the Centennial area and parts north than much of the rest of the valley.

The northwest is home to one of Vegas’ newest big master-planned communities, Skye Canyon, and it’s done well. While it seems a long way out there (by Vegas standards; in LA it would be barely a scoot), you can get to the middle of Vegas from there in about a half hour (absent a traffic jam) – and to the top of Mount Charleston in less than that.

North Las Vegas, long disdained as a low rent address, may well explode with new homes as it has the most available land and a growth-friendly attitude. If the Apex Industrial Park takes off, Katie bar the door when it comes to residential growth.

Even with all this activity, the predominance of predictions I’ve seen expect . . .

No bursting of a housing bubble

While parallels exist between the run-up to the housing crash and now, significant differences also abound.

We have low interest rates and a growing economy with loan requirements that have lessened in the past year or so. Housing values have grown fairly rapidly and steadily in the past three years, and those on the outside can be forgiven for wanting in. Government programs help buyers.

What we don’t see are the “liar loans,” funding house purchases to those with no ability to pay for them and counting on appreciation for repayment. Appraisals are more scrutinized, and lenders are more wary. Before the crash, we saw low-quality loans bundled and packaged as high quality securities, which created or at least threw fire on the collapse of financial pipelines.

And we all have the Great Recession still in sight in our rear view mirror. Even though memories tend to be short when it comes to investments, that was a big lesson to unlearn this quickly. Everyone is a bit more wary and less starry-eyed.

We also have new entrants into the Las Vegas housing market as . . .

Millennial buying cranks up and more retirees come to Vegas

Affordability issues will keep millennials from behaving like a boulder in the pond of housing, but they should be buying in greater and greater percentages – even if that means chipping away at the bottom of the inventory with condos, townhouses and “transitional” neighborhoods.

Meanwhile, Boomers are retiring in waves, with new-found interest in living in a low-cost, low-tax, low-hassle environment. Particularly for those in a high-cost jurisdiction (see California, above) Vegas is a great fit. And the growth of retirement communities in Las Vegas beckons them, as does the more traditional retiree attractions, like sunny weather, a great airport with low fare carriers and frequent deals, and lots to do, both indoors and out.

“Most first-time homebuyers will continue to use assistance based loan programs and look more towards condos or townhomes,” says Holmes or RealtyOne Grouo.

Some of them, and non-retiree buyers, might not be full-timers though, and that, along with heightened interest in the soon-to-be Las Vegas Raiders could mean that . . .

Many Realtors are reporting that they’re getting calls and real interest in condos, townhouses and second homes from out-of-towners that has cranked up since the Raiders announced their move to Sin City.

That is niche enough that it’s unlikely to drive the housing market here, but it does seem to be a trend with an up bullet, and it’s an interesting side story when it comes to Las Vegas real estate.

After years of leading the nation (or close to it) in foreclosures and underwater properties, we have turned the corner on distressed sales driving prices and the market. Las Vegas still has a high percentage of homeowners with zero equity or less, but with employment up and prices rising, they can continue to afford to hang on until they’re back to even or growing equity.

Unlike most metro areas in the country, Las Vegas’ prices still haven’t reached the peak of the bubble – perhaps because it was the wildest roller coaster ride in the nation during the boom and bust and prices were more out of whack here than elsewhere.  We will get there eventually, but lack of housing equity will become less and less of a problem – and black eye – going forward.

We still have issues of lack of available land for building, slackening water supplies worsened by drought, temperatures that make some worry about buying in a desert and other intrinsic constraints that have been part of the landscape for eons.

While we’re in the later stages of a multi-year recovery that’s lasted longer than most (and won’t continue forever), employment is up, inflation (except for housing) is relatively low and there seem to be no existential threats looming.

Of course, another 9-11, unexpected financial failings, international incidents and other unpredictable events could change all that. But I don’t make investments and plan my life based on such maybes.

Your decision to buy a home should be based on your financial well-being, not the housing market.