Is Vegas in a housing bubble or not? 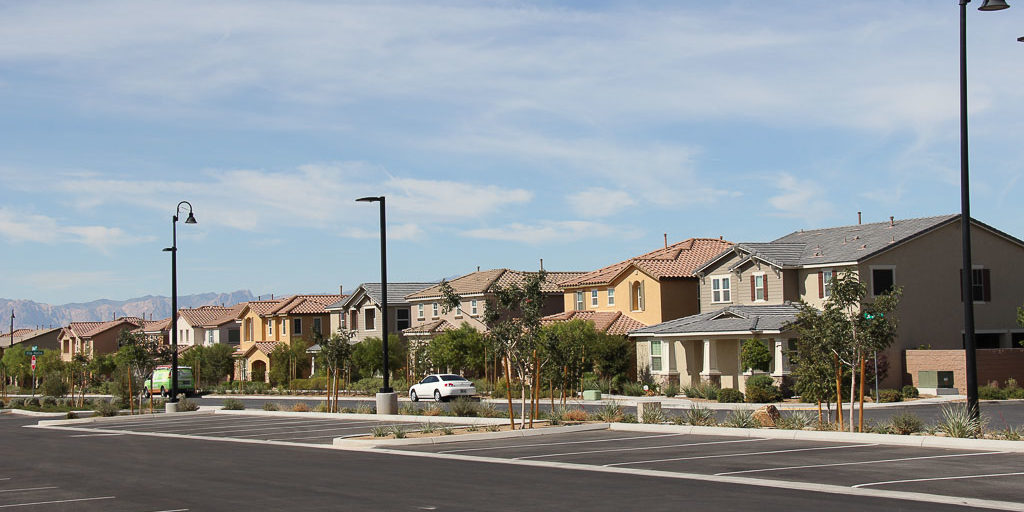 Housing prices are up and so is employment and income. Home mortgage loans remain at historically low levels, and lenders are more and more inclined to issue low-down loans.

Does that mean happy days are here again . . . or another bubble or crash is around the corner?

Arguments for both abound.

It’s a particularly painful conversation for Las Vegas, the national poster child of over-building excess and over-valued housing during the Great Recession. While most of the rest of the country has climbed all the way back up to peak values, Vegas remains under that mark. We also have been in the top three or so of metro areas with the highest percentages of under-water home ownership.

In the most recent report on housing prices, values were up 7 percent nationally, and about double that in Las Vegas. Vegas has been growing in population, jobs and wages, and builders are on track to put up close to 10,000 new homes this year (up from about 8,000). Housing sentiment is high and growing, which is better for sellers than buyers.

Housing prices in most of the United States are back up to peak levels (Las Vegas is not quite there yet), causing some to worry that over-pricing and rapid escalation could produce another popping bubble. It’s more pronounced in other markets, particularly – (according to CNBC, in Miami, Denver, D.C and Houston), which is hurting affordability.

Frank Martell, president and CEO of CoreLogic told CNBC. “While low mortgage rates are keeping the market affordable from a monthly payment perspective, affordability will likely become a much bigger challenge in the years ahead until the industry resolves the housing supply challenge.”

So is it a looming bubble or not?

Let’s examine the components of that question:

What’s similar to the previous bubble and burst cycle?

Here’s another story about whether Las Vegas housing is in a bubble.

Low interest rates – While rates have crawled up slowly, we’re still nearly the lowest interest rates in history, with a Fed that’s reluctant to do much, at least quickly. Rates for most people with decent credit is still in the 4 percent range. (My first home I was happy to get 9.5).

High confidence in housing and the economy – If you look around Las Vegas, it appears the economy is humming along these days, and workers don’t seem to fear losing jobs. Not everything is peaches and cream, but it sure seems sold, particularly compared to a few years ago.

A fear of missing out – In hot housing markets like Las Vegas is experiencing right now, some worry that if they don’t jump now they’ll pay a lot more later (or lose out on all the equity gain). Even if it seems pricy now, it looks like it’s going to be pricier later, so if you don’t jump, the market will pass you by or make you pay a lot more.

Low down – For a while after the crash most buyers had to put down a considerable percentage of the appraised value to get a conventional loan, now we’re seeing lenders making loans with buyers putting single-digit percentage down. And with FHA and VA, you can get into a place for 3.5 percent or zero percent (VA). The less you have into a property, the easier it is to walk away if things go bad.

Recent experience – Last time, there was no Great Recession experience and crashed housing market in recent years. Like the World War II generation was raised during the Depression and learned to be frugal and wary of debt because of that, those who were slammed during the recent crash are (hopefully) a bit more wary than their counterparts before that. It still hurts. Not everyone’s barber is investing in real estate or using their home equity (if they have much) as their private ATM.

Better rules and practices from lenders – They were burned last time too, and they are more cautions about buyers’ ability to repay, which means fewer of what was widely known as “liar’s loans” back in the oughts. There are also many more restrictions about lending, appraisals and the like.

Wall Street — We don’t have financial giants bundling up those sub-prime loans and reselling as prime investments.
The economy – It still looks strong and growing, although there’s always another recession down the road. We just don’t know how far.

An article in CNBC says that research by JP Morgan indicates low risk of a major housing correction, at least a dramatic drop.

In a report called “Quantifying housing correction risk in Canada and the U.S.,” researchers looked at multiple times and markets, in the U.S. and elsewhere, going back to 1950, and determined that sharp value drops have been rare. That includes even after periods of a great run-up in prices.

“The data show that sustained increases in real house prices have been the norm rather than the exception in the post-World War II era, as rising populations and incomes have pushed up land prices,” Jesse Edgerton, U.S. analyst from the investment bank’s economic and policy research team, said in the report.

He said the chance of a 10 percent drop in prices at about 10 percent for the United States and twice that for Canada.

The latest report from Case Shiller and S&P Dow Jones Indices agrees. While prices continue to rise as available inventory falls, that report says, there seems to be no return to the bubble period.

“Housing is not repeating the bubble period of 2000 to 2006,”said David Blitzer, S&P Dow Jones Indices managing director and chairman of the index committee. “Price increases vary across the country unlike the earlier period when rising prices were almost universal; the number of homes sold annually is 20 percent less today than in the earlier period and the months’ supply is declining, not surging.”

But Las Vegas, which suffered the most with the highest foreclosure rate in the nation after the bubble, is different. A New York Post article noted that an estimated 15-20 percent of owners who stuck with their homes here still are under water, and the investors who swooped in the scoop up those properties still are not selling in droves, which makes inventory scarce. So a full recovery here is more difficult.

It may be worse for renters here. While median family income in Nevada is just below the national average, the median price of a house is almost $35,000 more than that (remember that includes pricy markets like San Francisco but also places like Detroit and rural Mississippi). And close to 14 percent of people here live below the federal poverty level.

It’s toughest on those who can’t afford to buy now and are getting pushed further away from the dream of home ownership, while rents are getting more expensive.

So what do you do?

The rub on most real estate agents is that the answer to “when is the best time to buy?” is always “now.” And truly, it depends on your circumstances, needs and timing.

If you’re expecting to stay in your home and your income is likely to drop precipitously, and you find a house that you would like to live in for five or more years, history (most of it, anyway) indicates that you will be all right, that the rising value of your house should cover the cost of owning it, and probably more. That’s even without including pluses like the value of the mortgage interest and property tax deductions on your federal income taxes, or the non-monetary but often significant value of being secure in your home and able to do whatever you want to improve it to your liking.

If you’re skittish about your job or income security or how long you’re going to be here, or you have other “What ifs?” looming, perhaps renting is a more comfortable option for you.

The question in times like these is what do you find more risky: Losing money if values drop, or losing out on equity gains?