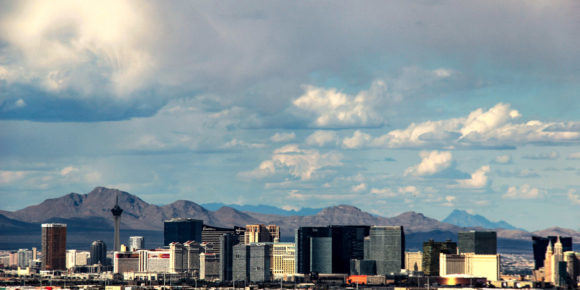 What U.S. metro has the most commercial land available in the central business district?

It’s Dallas, but I was surprised at first to learn that among the metro areas in America, Las Vegas, with 75 available acres in the core, has the second-most space available for business development in the core business district.

Next on the list is Austin, so the sunny West clearly dominates in this area.

But Las Vegas isn’t a corporate, office-building metro, you might say. So, what if we have that if we don’t have the demand for Class A office space and traditional corporate space. Supply, particularly less expensive and nearby supply, can drive demand – particularly when it’s suddenly recognized.

“The world-famous entertainment scene that sprawls in the Mojave Desert, brimming with urban development potential, landed second on our list. With 75 acres of vacant lots in its urban core, Las Vegas has one of the least dense central business districts in the country. By stark contrast with the active Dallas landscape, and despite an estimated 8% increase in population since 2010, research shows that property completed here in the past five years was limited to office space and amounted to less than 100,000 square feet, with none currently under construction, and roughly 750,000 square feet more in commercial projects that are either only planned or approved and not yet built.” — Commercial Cafe — Study: What to Do with All the Vacant Land in Major US CBDs?

It’s true enough that high-rise Vegas is about entertainment and hospitality more than anything else. So why does that matter?

Here’s five other reasons off the top of the head why Las Vegas economic growth potential is under-rated:3

Getting out of California

Nothing is getting cheaper or easier in the Golden State.

So, if you’re a company trying to ease those pressures and expenses, what do you do? California’s governance and culture shows no signs of changing. There may be plenty of reasons to keep key operations there, but what about ancillary or expansive ones? Could a company save expense and headache moving, or growing them, someplace else?

Proximity to California as a Las Vegas economic growth advantage

If so, where would you go?

Some place without those headaches and expenses would be on top of the list. But someplace close also would be, and a metro area with a good airport and easy land access to California. That would narrow the list to Las Vegas, Phoenix and Texas.

And take a wild guess where most of the business and residents who are fleeing California are winding up?

Texas is No. 1, which is no surprise, given its business-friendly government, inexpensive taxes (except property taxes, which are high) and available space. Las Vegas and Phoenix are next on the list. When it comes to migration per capita by existing population, Nevada is No. 1.

A third – a THIRD – of the new driver’s licenses issue in Las Vegas are from California. You don’t think the news of that amazing diaspora is getting back to decision-makers west of us?

That leads to the final bullet: The changing nature of Las Vegas.

Las Vegas has long been known as a one-trick pony when it comes to economic development, and that’s entertainment. Don’t expect that to change in our lifetimes, and we don’t need to kill the golden goose to harvest the opportunities that appear to be heading our way. In fact, it helps in some areas.

While entertainment and hospitality still reigns here, the gambling part of it continues to decline in percentage of revenue taken in. It’s still huge – No. 1 – but shows, restaurants, other entertainment, and other things to do are on the upswing. That means that, unlike Phoenix, we don’t have to grow our dining and hotel stock to fulfill the “big city” requirements of expanding traditional business. And while it may require changing some business leaders’ impression of what Las Vegas is all about, we certainly don’t have to market the fact that it exists, unlike … say … San Antonio.

Everyone in the world has heard of Las Vegas.

There is also a growing recognition that Las Vegas is coming into the big leagues – actually and metaphorically. Everyone expected the prime driver of that attitude to be spear-headed by the soon-to-be Las Vegas Raiders of the National Football League. But the amazing (is there a bigger word than “amazing?”) season of the expansion Las Vegas Golden Knights of the National Hockey League put that on steroids.

Kerry Bubolz, president and chief operating officer of the Golden Knights, told hundreds of business leaders at an economic conference put on by the Las Vegas Global Economic Alliance that sports are changing how Vegas is perceived in the national business world.

“We have the opportunity to tell this great story about what this community is,” Bubolz said, as reported by the Las Vegas Business Press.

“The Strip is an important part of who we are, but it’s not the only thing we do. … We will put a shingle out and ask business leaders as a group to believe it and that the substance is here. If you say it enough, you will believe it and a new narrative will be written.”

Everyone is talking about Las Vegas as a big league city. I’m generally not one to pound the podium about the importance of sports, and the current sentiment undoubtedly will temper with time.  But for these story lines to appear at the same time and at this time are huge. Clippers and Chargers moving to L.A.? Meh. Raiders moving to Vegas amid the Golden Knights’ first-year run for the championship – now that’s a story. (I spend 25 years in the news business, and that’s a3 story.)

What else, and what’s missing?

The biggest impediment is a skilled work force and broadly respected educational institutions. The former is easier than the latter to attract, but they most must be addressed if Las Vegas is to take advantage of all its other advantages in attracting good, business-core companies and jobs.

It also required marketing, as it’s a new way to look at our growing metropolis, and that’s going to take some hard stats like this study and some story-telling.