DumpCal Reason 9 – The Las Vegas economy is healthy and growing

You are here:
BLOGSBUSINESS 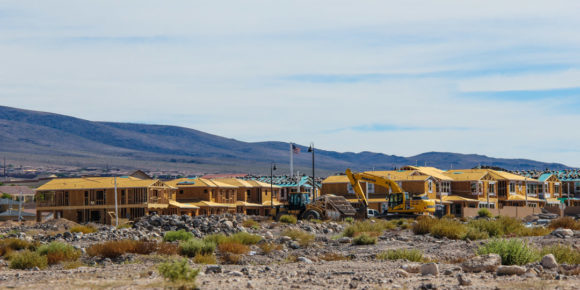 Las Vegas, aka, Sin City, certainly has a tourism-based economy.  According to Forbes, casinos account for about 370,000 jobs – a lot more when you consider the products and services those incomes fund.  That’s no surprise to anyone.

For those of us who live here, Las Vegas also is – like most other cities – a collection of neighborhoods and developments, distinct communities and parts of town that rarely touch the Strip directly. With slightly more than 2 million residents, it also requires the grocery stores, schools, retail, auto repair shops, Realtors to help people buy a home and all the other enterprises that serve a metro area.

Forbes also has rated Nevada the No. 1 state for expected job growth. Some of that is because of the Tesla plant in northern Nevada, but the Las Vegas area also is increasingly attracting more diversified and cutting edge industries and businesses (some of which are leaving California.)

Twenty minutes north of the Strip (see 20-minute city, above) is the Apex Industrial Park, which is part of North Las  Vegas Mayor John Lee’s push to make his city the “breadbasket” of the Las Vegas valley. Apex has 6,000 zoned and developable industrial acres of Interstate 15, with about 20 companies operating there now.

Much of the ink on the park has focused on Hyperloop One, the project to become to the nation what the train was eons ago. Its “no-rail” system promises to glide through a tube at jet-like speed and move people and goods. It hopes to be a reality within five years.

The Urban Land Institute says 20,000 direct jobs would be generated by Apex at build-out, with another 56,000 indirect jobs – none of which involved dealing cards or serving drinks.

Meanwhile, Zappos founder Tony Hsieh sort of adopted old Downtown Vegas, with its funky older casinos and shop-worn hotels.  He committed $350 million in real estate, tech start-ups, small businesses and education in an attempt to make Downtown an inviting place for entrepreneurs like himself and revitalize a historic part of Las Vegas.

It’s clear the area is becoming more cool and funky – and populated by businesses and fun-seekers looking for a different experience than the high-rise Strip. While the goal of turning it into a business and tech hub still is on-going, the area definitely is on the upswing in terms of image, attractions – and investment opportunities.

Some of that is in housing.

“One of the challenges we recognized early on was the chicken-and-egg problem of deciding whether to first invest in small businesses such as restaurants and bars or to first invest in building residential,” Hsieh told the Las Vegas Sun. “We chose to do the former in the early years and are now focusing more on the latter.”

Since suffering more than any other metro area in the Great Recession housing bust, Las Vegas home prices have rebounded considerably, and jumped 14 percent during 2017. Even with that, the median home price for a resale detached home was $267,900 at the end of 2017. Condos’ came in at $143,000 , according to  the Greater Las Vegas Association of Realtors.

And it looks like more of the same going forward, as Las Vegas has been identified as one of the best housing markets for the coming year.

That means if you buy a home in Las Vegas, experts predict that its value will continue to rise. And more homes being built mean a stronger economy and low unemployment.