DumpCal Reason 5 – Vegas things to do are easier, cheaper, and plentiful 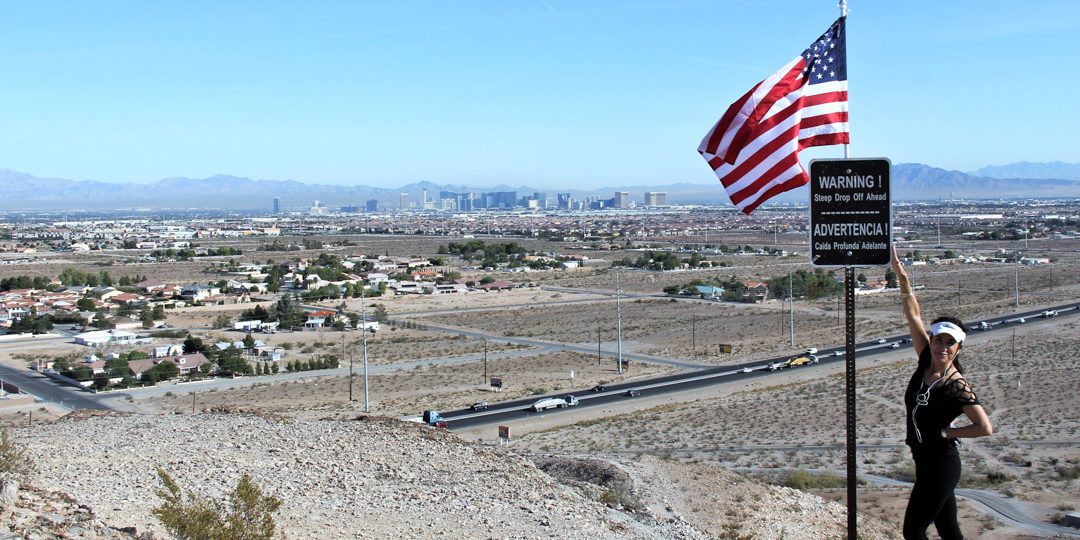 In addition to the Strip and casinos, Las Vegas has the outdoors, top-notch restaurants, mountains and water . . . and you can get there

If you DumpCal for Vegas, don’t you give up the beach and other cool California features?

Some, yes.  But advantages only matter when you are able to use them.

We love visiting California and we have family in LA and San Diego areas and friends in Central and Northern California. We love the beaches and wine country. San Francisco’s funkiness and food are fabulous.

We’ve kicked back in the more relaxed Central Coast and driven Highway 1 from Moro Bay to Monterrey a few times.  We have vacationed at beach towns in San Luis Obispo and south Orange counties, and have taken many trips to the Bay Area and points north, with a special affinity for Santa Rosa.

But I visit those places now about as much as I did when I lived in California, or as much as my friends and family who still live there get out to see those sights.

Do you really get to those sites?

Take the beaches, for example.

If you don’t live within walking distance of the beach (and if you can afford that, the cost issue probably doesn’t ring your bell), it’s a pain to get there and park, if you can find a place. Then it’s expensive and crowded.  So the need to spend an hour or more (if you’re lucky) just driving there, plus the expense and hassle mean fewer beach trips . . . and less relaxing days when you can.

The same goes for the museums, if that’s your thing, or Disneyland, or the Wharf, or Koreatown, or the Gaslamp Quarter.

Besides, how many days of the year do you spend at the beach if you live in California? For most, maybe a half dozen.

Think of this: Any one of those cost savings above – any one of them – could fund multiple trips to a beach town and a room near the sand.  You could spend more days, more relaxing days, at the beach for less money by leaving California, living in Las Vegas, and taking trips there.

How much are you paying to live near something you don’t or can’t use?

In Vegas, you can get to the things to do and actually do them.

And, as you will see, there is a lot more in and around Vegas than slot machines (although there are plenty of those).

The Strip, of course, but many, many more Vegas things to do

A decade or more ago, you could argue that the point of Vegas was gambling, period. There were big name entertainers and fancy hotels, but it was driven by gaming, and everything else was designed to push the tourists to the tables.

Oh, gambling still is the main economic force in Las Vegas, dwarfing the other money-makers. But year after year that shrinks as the total percentage of tourism dollars spent in Sin City.

Entertainment, always a part of the scene, has expanded both in importance and diversity. Big name stars still get the attention – and if you have a bucket list celebrity you’ve been dying all your life to see live, you’ll undoubtedly have that opportunity in Las Vegas.  But there’s also comedy, magic, music, rising and fading stars, theater and dance – just about anything you could imagine.

And that’s not just down on the Strip, with its L.A.-like traffic and parking headaches, but in the burbs and the local casinos as well. Those have free and easy parking, much less expensive venues and excellent and affordable restaurants as well. (Imagine uttering that sentence regarding San Francisco.)

Speaking of restaurants, that is one area where Las Vegas has grown tremendously in the past 10 years. It has more celebrity chefs per mile than a handful of cities in the world: Emeril Lagasse, Guy Savoy, Joël Robuchon, Giada de Laurentiis, Bobby Flay,  Gordon Ramsay and José Andrés, to name a few.

But it also has a lot of great places to eat with lesser known tall white hats fronting them, like the Louisiana fare at Rhythm Kitchen (a personal favorite), a restaurant row in Downtown Summerlin, great ethnic fare in Chinatown, funky breakfast joints in Boulder City, food festivals . . . .

Yes, the days of $5 buffets are over, but the array of choices within easy access rivals most cities in America.

Because of its history, Las Vegas also has a broad collection of very cool and fun museums or focuses that you won’t find in most places.

There’s the Mob Museum, a collection of artifacts and presentations that shows in vivid detail the history of organized crime in America, including in Vegas. You can see the wall that took the bullets from the Valentine’s Day massacre, for instance. Or the Neon Museum, housing the campy signs from the ‘50s and ‘60s Vegas, the Pinball Museum, the Atomic Energy museum and much, much more.

To see things to do in Las Vegas, go to www.LiveWellVegas.com/fun.

It’s a huge mistake to think all the Las Vegas things do are surrounded by casino walls. Las Vegas is a marvelous place if you’re into the outdoors, not only because of the variety of opportunities but because – again – you can actually get there and do them.

With sunny, temperate weather much of the year, it’s comfortable to get out for short hikes in, or not far from, the neighborhoods. More scenic and sometimes challenging treks abound in the nearby mountains, desert and waterways.

Probably best known is the Red Rocks Conservation Area, with scores of trails through canyons and wind-rounded red rocks, and many lesser known hikes and bike trails for every fitness level. But there are many more.

​ Mount Charleston is about a 40 minutes from Downtown (or just about anywhere in Vegas), and high enough to sport piney woods, camping, exploring and hiking.  It’s a cool and quick getaway in the summer and a ski run in the winter.

Yet it’s so close.

Lake Mead isn’t what it used to be before the drought, but it’s still a huge inland reservoir (247 square miles) with easy-to-access public beaches and hidden and more private coves for those with boats.   Rent a houseboat, horseback ride, or kayak. Go fishing, boating, hiking biking or hunting.

Camp out or have a day picnic. Take a scenic drive or look for bighorn sheep or eagles.

And it’s all just outside Las Vegas, 24 easy miles from the Strip.

A little further out … still easy to get to

There is more of the same down along the Colorado River south of Hoover Dam, and yet more with a resort and vacation flair at Lake Havasu, a bit further down the river.

You can explore quaint Nevada ghost towns or – for weekend or several day trips – visit the incredible big 5 national parks in Utah. To the south are the red rocks of Sedona, Arizona or the Grand Canyon.

Locals in Las Vegas who love the great outdoors gather regularly for show-up hikes, biking events and the like, and there are scores of meet-up groups that will show you the great and lesser-known spots. There also are in-town day hikes, like Explorer Peak Park in the southwest and trails out of many of the master-planned communities.

There are zip lines, hikes through the abandoned railroad tunnels around Hoover Dam, river running, hot air balloons. There’s even skiing close enough that you could do it in an afternoon.

It’s not what people know about the place, but Vegas outdoors offer just about anything you’d want to do.

And you can get there.

Wouldn’t you rather buy a home in a community with lots of things to do — that you can actually do?