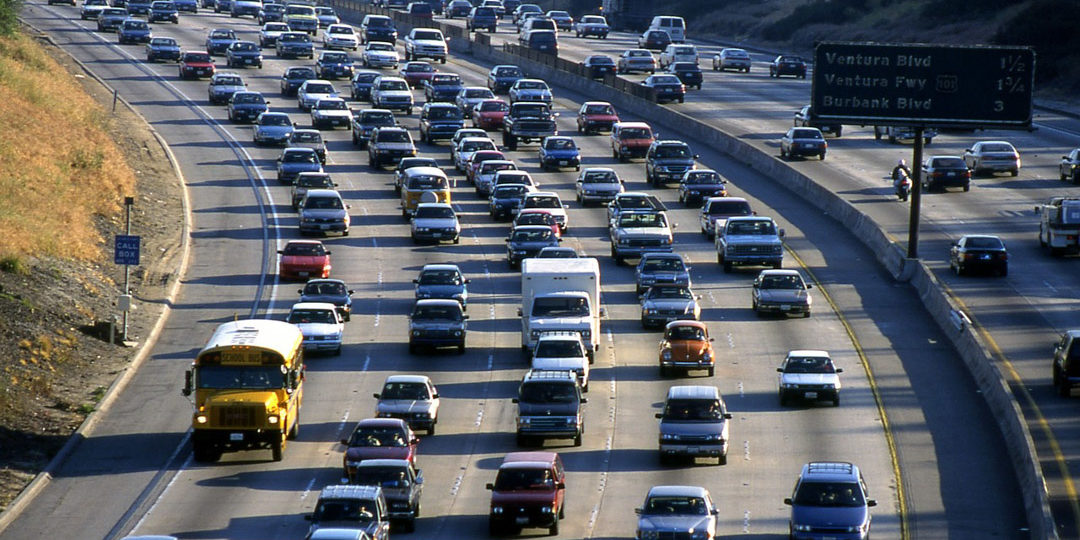 California traffic, particularly the coastal cities, is the worst in the nation and getting worse while Las Vegas is a 20-minute city

It’s a good thing that they love their cars in LA because they spend a lot of time in them, just sitting there.

A NerdWallet report listed LA as the third-worst and San Francisco as the 6th worst metro area for driving, including time spent, delays, how many commute at rush hour and the cost of gas.

In the LA Basin, drivers are cooling their heels in traffic for 81 hours, the worst of any metro area, according to the data company Inrix. That’s a good reason for leaving California.  It estimates that will cost L.A. drivers $91 billion during the next decade.

That 81 hours is how much time most people get for annual vacation.  Plus an hour.

San Francisco was tied for second, at 75 hours, with Washington, D.C.

​What’s that California traffic do to your family time, or your job satisfaction. Not to mention simply the stress of living in your community. You want to buy a home where this headache is omnipresent?

Easy to get around in Vegas

In Vegas, people spend about half that amount of time stuck in congestion, at 21.6 hours per year.

Vegas, it’s worth noting, is called a 20-minute city by many because most things are not much more than that away.  A new master-planned community called Skye Canyon, the farthest development out in the northwest, is 20-some minutes to Downtown (and about the same to the top of piney wood Mount Charleston).

Essentially, the Vegas freeway system is a circle with a cross (+) in the middle. The 215, which is almost a loop, traces what used to be the outskirts of the valley most of the way around it, from the southeastern corner west, then north and east. Interstate 15 bisects this south to north. The final leg in the cross is the 93-515, which runs up the eastern side of the metro and then west.

The city streets are laid out in essentially a Ben Franklin plan grid. While a few streets change names here and there, once you know the main north-south and east-west mile-marker streets, you can find your way around town

Compare that to LA or San Diego – or geezo peezo – finding your way around the looping hills in San Francisco.

Leaving California won’t eliminate traffic in your life, but it won’t be nearly that horrible.