RetireNV: Getting around – easy Vegas traffic and airport 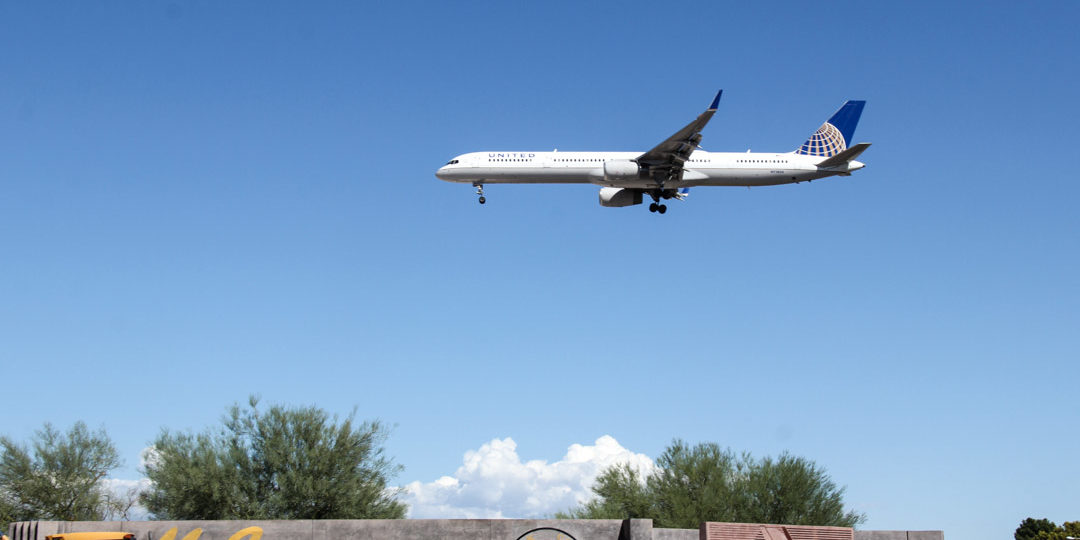 Las Vegas, ‘half-hour city,’ has easy traffic and an easily accessible airport that will take you everywhere, mostly cheaply

In addition to one of the cheapest and easiest-to-use airports, Las Vegas has a fairly serviceable although not elaborate freeway system and grid street layout that makes it easy to get around. It’s also centrally located for California coastal cities and the iconic features of the Great Southwest. You’ll see a few (maybe more) orange cones in this growing metro area, but it’s eminently navigable and easy to learn.

Easy to travel and for visitors to come to you

One of the things that keeps retirees in place is that they want to be able to see family and other people they love as often as possible.

Of course, we’re long past the time when most families grow up generation after generation in the same area and stay put. It’s as common that children, particularly those who go to college or find themselves in an industry that requires mobility, move away from the old home town. Their kids do the same thing. Close friends and colleagues do likewise. We’re just a more mobile people now because it’s so easy and often necessary.

So the strategy for the most frequent visitation as possible is being able to travel easily and cheaply, and to buy a house in a place that naturally attracts people.

Two big parts of that are the quality of your local airport and the deals you can find flying in and out of it.

McCarran International Airport in Las Vegas is the 26th busiest airport in the world – eighth when it comes to number of plane movements. It has four runways and two terminals, oddly named Terminal 1 and Terminal 3. More than 47 million visitors pass through them, a number that continues to grow every year. And that doesn’t count all the drive-ins from California (no small fan base), Arizona and beyond.

Even more usefully, two of the most traveled discount airlines have major presences at McCarran – Southwest Airlines and Allegiant Air. Southwest goes to most major cities, often multiple times a day. Allegiant travels to smaller airports, although not as frequently as the Southwest schedule. Do one or both of those airlines cover the places you most want to visit – or have someone from there visit you?

What that means is that in addition to most of the major domestic and a healthy number of international carriers, Las Vegas has frequent and inexpensive flights to most of the places where people want to go. If you sign up for auto emails for notices of airfare deals, you will discover Las Vegas on most lists for discounts.

Part of the reason is that everyone comes here, and every empty seat is lost revenue. The other part is that these companies offering deals want to get the attention of a broader span of travelers is “cheap airline tickets to Las Vegas.” So they tend to use that as a loss leader to get readers attention – and Vegas residents and travelers benefit.

Airlines that fly through Las Vegas

So if you want to fly someplace from Las Vegas, there not only is a carrier, there is likely a good deal, particularly if you are time flexible.

The Southwest is much more spread out than cities in the Northeast or Midwest, but Las Vegas is within one-day striking distance of several major metros, and either a long drive or a leisurely two-day expedition to a few more.

Interstate 15 is the major multi-state freeway connecting Las Vegas to Southern California. It’s about a 3½-hour drive on it to the edge of Los Angeles, with its beaches, entertainment, traffic, and culture. The calmer and friendlier San Diego is not much farther.

Las Vegas is about 275 miles to Arizona’s Grand Canyon, about half interstate and the rest generally two-lane state highways with little traffic. It’s less to the string of southern Utah national parks, include Bryce Canyon and Zion.

Phoenix is 4 to 4½ hours away, and while most of it is two-lane state highways, two-thirds of the drive is through the prettiest rolling hills desert on the planet. About the same drive time will take you to the fabulous vistas of red rock Sedona, pine-studded mountains around Flagstaff, and one of the most charming small cities in the country, Prescott. There’s also Lake Havasu City, home of the London Bridge, and Nevada’s riverside resort city of Laughlin, all just a few hours’ drive.

Getting to San Francisco would take you through two possible routes. The fastest is heading toward L.A. but hooking west to Bakersfield and north from there, about six hours of mostly interstate. A much longer scenic route would take you through Death Valley and Yosemite and take about twice the time, although you wouldn’t go that way if you didn’t want to stop and explore.

The hub of northern Nevada – Reno, Carson City, and Lake Tahoe – is about a seven-hour drive from Vegas, much of which is straight and boring. But it’s a different universe up there, wooded mountains, big lake, skiing in the winter, and boating in the summer, and you’ll pass through a few funky small towns on the way. Tahoe has one of the prettiest lakes in the world.

Getting around town – little traffic in Vegas

Locals in Las Vegas complain about traffic, but not folks who arrived here from California or big cities in the Midwest or Northeast – or even Phoenix. The metro area has a loop that goes pretty much all around what used to be the perimeter of the urban area, which is where much of the newer real estate is. It also has two north-south freeways and an east-west route just above the Strip, the center of Vegas. Freeways won’t take you everywhere in Vegas, but they’ll take you close to most places.

Interstate 15 is the major north-south route that comes up from Los Angeles, brushes and runs parallel to the Strip, and wends east and north toward Utah. State Route 93 comes up from Arizona and wends northwest toward Reno and Tahoe. The 215 is the loop that runs from the southeast corner of town, then west, north and east.

Las Vegas is a classic Ben Franklin township plan of mile-marker streets and half-mile feeder roads. Once you learn the mile markers north-south and east-west, you’ll have no trouble finding your way around. (Some streets change names, but few of the major ones do.)

The traffic place to avoid is the Strip, or Las Vegas Boulevard, which runs north and south from about Sunset Street to Sahara Avenue. Avoid crossing it even east to west if you can. And certainly don’t drive up and down it, unless you want to give a visitor a slow look at the Strip casinos and sea of tourists and lights.