RetireNV: So many Vegas things to do outdoors and indoors 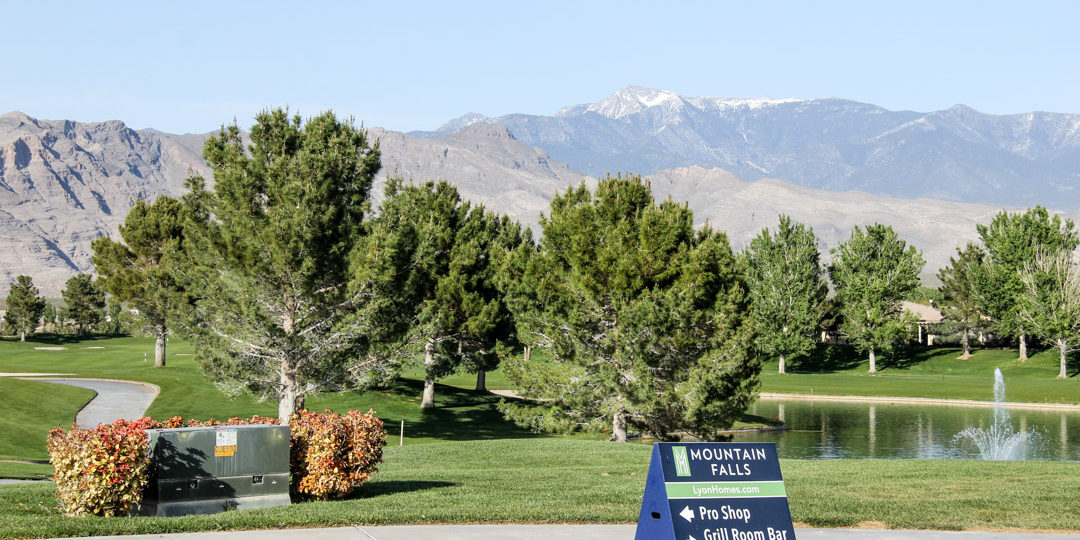 Las Vegas is famous for fabulous things to do in entertainment & restaurants, and it’s also a great outdoors playground

Uh, this is Vegas, baby. You’re not going to run out of things to do. And that’s the case even if you don’t gamble, which for many if not most locals is not the attraction anyway.

There are plenty of free and low-cost exhibitions and performances (and some expensive ones), dining, gatherings, and attractions. And Southern Nevada is the center of a vast and beautiful playground of some of the most iconic and impressive outdoor vistas and activities.

Vegas things to do in town, on the Strip and off

Las Vegas is the entertainment capital of the planet, with A-list stars performing at long-running shows up and down the Strip. You’re not going to find a wider collection of top global talent packed in a smaller area anyplace in the world.

That stuff is not cheap, though. It’s unlikely that a lot of people can afford these top name shows every week. If you have a favorite, though, you can be fairly sure that they’re going to be performing within a few miles of you sometime during the year – and often every week.

And the Strip isn’t the only entertainment venue. People who live in Las Vegas know well that local, off-Strip “local” casinos present incredibly renowned and talented artists without the huge expense, traffic, and parking headaches. Those local spots also have movie theaters, top-notch restaurants, casinos with better odds than the Strip, posh (and cheaper) hotels, major events, and cool people-watching. There are lots of Vegas things to do that don’t come with Strip prices.

Some offer unique features you won’t find on the Strip. The Silverton, for example, has a Bass Pro Shop attached, plus a huge, floor-to-ceiling aquarium where you watch fish feeding daily.

These local casinos are grand edifices with ample and easy parking (free – unlike the Strip), and they are in areas where local people live, well away from the traffic and headache of the Strip.

Vegas things to do include much more than casino and live entertainment, though.

Most Las Vegas retirement communities have activity centers with hobby and social features. 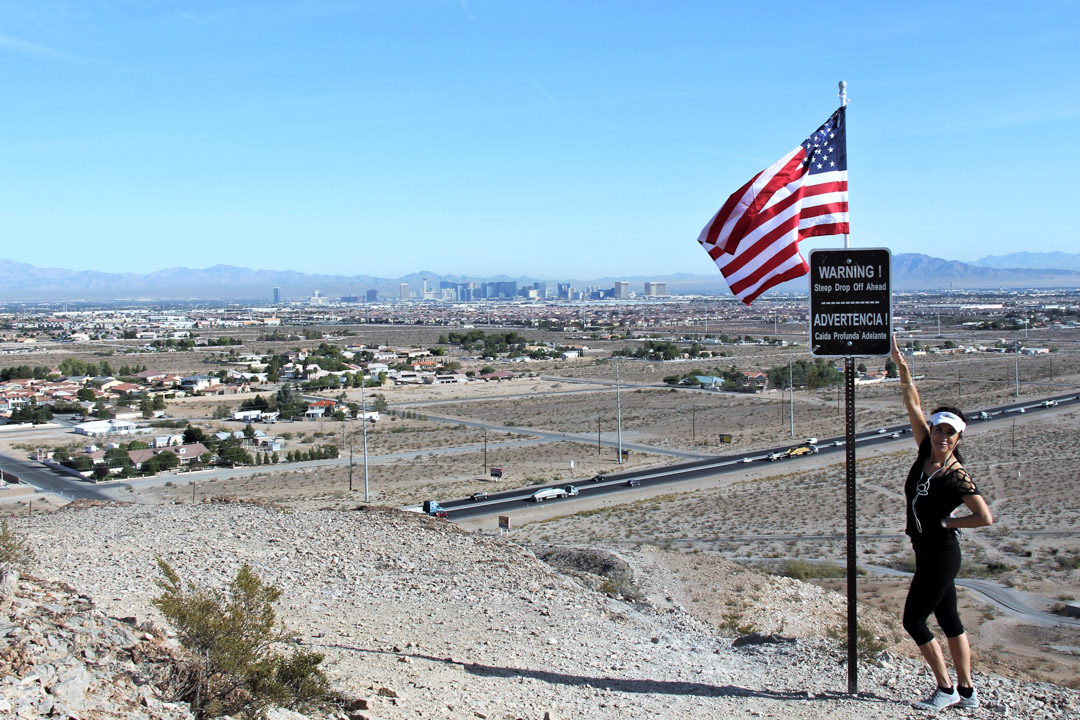 Hiking trails abound around Las Vegas – in town and retirement communities and in the nearby mountains and desert. 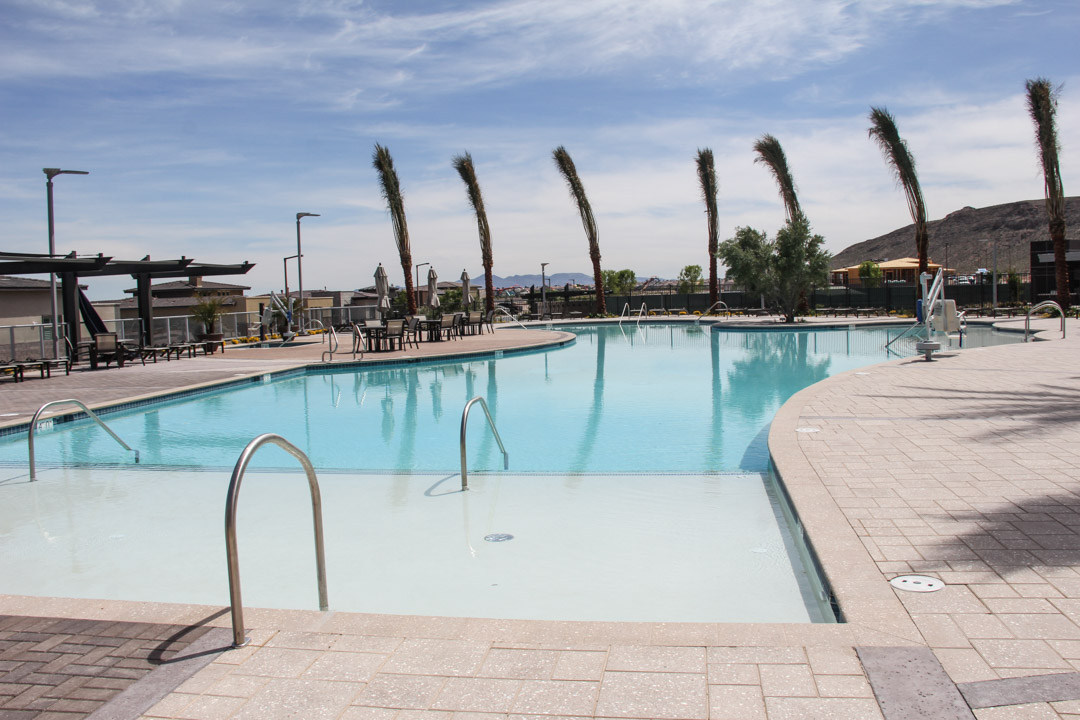 Las Vegas’ retirement communities usually have pools, and the warm weather makes them usable much of the year.

Cool Vegas museums, history and other fun things to do

Las Vegas also has a rich and colorful history, including some unsavory elements, which it does not shy away from. The classic old downtown Post Office has been converted into the Mob Museum, detailing not only the (thankfully former) role of organized crime in Sin City but also elsewhere. You can see, for example, the wall that stopped the bullets in the notorious St. Valentine’s Day Massacre.

Back in the day of above-ground atomic testing, tourists used to line up to watch the light and cloud from the blasts north of Las Vegas, and there is a museum to explain and commemorate that. Another local and tourism favorite is the Neon Museum, which shows the gaudy and creative neon signs of old Las Vegas. These venues tend to be reasonably priced.

If you can’t find something to do in Las Vegas, you just don’t want to do anything.

The same can be said for the outdoors.

(For a more complete list of Las Vegas activities, go to www.LiveWellVegas.com/Fun.)

Vegas things to do outdoors

Visitors don’t hear much about this, but Las Vegas is among the best metro areas in the nation for outdoor recreation. It’s pretty much got it all: hiking, mountains, a huge lake and river (with water sports and fishing), nearby national parks, grand vistas, rock-climbing, zip lines, nature refuges, flea and farmer’s markets, and walkable trails and paths inside the urban core.

If you like hiking or mountains, or just an easy stroll, Las Vegas has both the places and the climate, and that works year-round. They’re also easy to get to and inexpensive.

In the winter, the Red Rocks Canyon National Conservation Area, with its rust red vistas and sheer cliffs, attracts thousands of visitors, hikers, and photographers. Retirees who can visit during the week will find not only outrageous beauty but also sparse crowds (which is not the case on weekends, particularly during great weather).

Closer and within the metro area are more trails and paths. Many of the master-planned communities around Las Vegas incorporate connecting paths and trails that provide plenty of miles and varied views for hikes or daily strolls. You can also hike through the abandoned train tunnels near Boulder City that fed the construction of Hoover Dam. And hikes abound up Mount Charleston, just a half hour drive to the pines from most places in Vegas.

But outdoor fun doesn’t have to mean driving to a trailhead.

If you’re into people-watching, you can seat yourself at a shady planter on the Strip and watch the broad and international universe of humanity pass by. You can do the same in Downtown Las Vegas, such as the Fremont Street Experience. You won’t find a greater array of normal and avant garde perhaps anywhere on the planet. (Warning: Don’t expect a family friendly experience.)

Lake Mead and Colorado River and beyond

+Las Vegas has two huge water features not far from the bright lights: Lake Mead and the Colorado River.

Lake Mead, right outside of next-door Boulder City, offers 1.5 million acres of boating, camping, fishing, beaches, mountains, and water sports. It’s maybe 45 minutes from most places in Las Vegas and fairly sparsely used during the week. If you’re 62, get the U.S. National Parks Service Senior Pass for $10, good for life. The lake is a bit down from its hey-day, given all the years of drought, but it’s still a massive water feature that offers both peopled public beaches and getaway coves, if you have the watercraft to reach them.

The Colorado River below Lake Mead allows for kayaking, more coves and beaches, and the typical water sports. Because of all the publicity given to the Strip, we sometimes forget about the wide range of water sports available around Las Vegas.

A photographer’s favorite is the Valley of Fire State Park, nearly 60 miles from the Strip, next to the Lake Mead National Recreation Area and home to incredible red sandstone formations from the days of the dinosaurs. The name comes from the reflection off this sandstone that look like fire. Movie buffs may recognize it as the background for the Mars scenes in “Total Recall,” or scenes from “The Professionals” and other films and commercials. Bring your camera, and don’t go in summer.

Close to Utah, Arizona, California things to do

And let’s not forget the surrounding states of Utah, Arizona and California, plus the very different terrain of northern Nevada, with Lake Tahoe’s summer boating and winter skiing. Some of the nation’s most scenic national parks and monuments are a day’s drive from Las Vegas, including Zion, Bryce Canyon, Canyonlands, Arches and Capitol Reef national parks in Utah and the Grand Canyon in Arizona.

California beaches are about 4½ hours away by car (if you can avoid L.A. rush hours), and Lake Tahoe is 6 hours away. Lake Tahoe is another universe from Las Vegas, a huge high mountain lake surrounded by tall pines, with perfect sunny days in the summer to spend on the lake and multiple great skiing runs in the winter. California and Nevada come together here, and of course there are casinos on the Nevada side. Despite sharing the same state as Las Vegas, it’s farther than skiing and mountains in Arizona, California, and Utah (but what a fabulous lake).

Also within a five-hour drive are the monumental vistas of Sedona, AZ. Its towering sandstone red rocks are legendary and must be seen to appreciate. There is lots of hiking to marvelous vantage points or along the Oak Creek. Sedona has restaurants, shopping, hotels, Pink Jeep tours, plus arts, film and jazz festivals. Sedona is an internationally known New Age place, with supposedly mystical crystals, natural healing and multiple healing and energy vortex spots.

Sports: Vegas things to do:

Las Vegas Raiders – Las Vegas is getting its own NFL football team when the Oakland Raiders become the Las Vegas Raiders, planned for the 2020 season. That means not only prime sports in the home town but a boost to the local economy and more friends coming from around the country. That new billion-dollar-plus stadium also is likely to host events like the Super Bowl, Final Four, NCAA Football Championship, and other big entertainment events.

UNLV– The Running Rebels of the University of Nevada at Las Vegas have had a national championship basketball team, but their sports programs have fared less well of late. That’s seen as changing, at least for the primary sports of basketball and football.

NHL Hockey Golden Knights – Sin City how has its own expansion hockey team, which again means more trips from out-of-town friends, particularly from the north. They play at the T-Mobile Arena, a venue for other prime time entertainment as well.

National Finals Rodeo – You might not think this is a big deal if you haven’t seen it, but NFR events during the holiday season are YUUUUGE, with fans coming from around the globe. It’s been in Las Vegas most years since 1985, drawing thousands to the city and spawning multiple spin-off fun, like Cowboy Christmas, NFR Junior, and Miss Rodeo America.

Las Vegas 51’s Baseball – Las Vegas has a Triple-A baseball team known as the Las Vegas 51s, named for the notorious Area 51 of alleged extraterrestrial visits fame. They are the New York Mets AAA affiliate and play in the Pacific Coast League. A new venue is being built for the team in Summerlin near the Red Rock Casino Resort & Spa.

In addition to professional sports to watch, Las Vegas has a plethora of prime golf courses, both public and private, plus health and fitness clubs, year-round hiking, specialty sports, water sports and more. Also, many communities have their own features, such as gyms and pools, available for residents. That’s particularly the case in 55+ communities.