RetireNV: Why Dad opted to move to Vegas – a retirement checklist 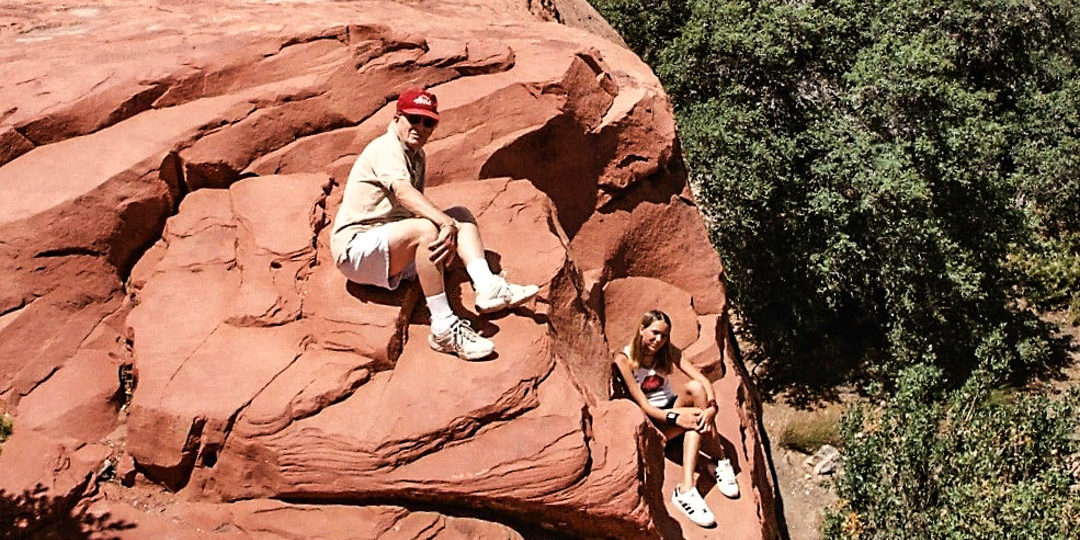 An airport engineer who’s lived all over the world had a wish list for retirement, and Vegas fulfilled them best

I argued that Phoenix had all of those. My Texan brother Mark pitched that Dallas had most of them – lacking mountains, water and with iffy weather. Los Angeles certainly couldn’t claim low taxes and cost of living, but it had good weather and lots of things to do (if you could get to them.) My sister in California argued for that.

For those considering retiring in the Southwest, it would be worthwhile running through Dad’s check boxes and prioritizing your own. It served as much of the structure of this analysis.

Weather: Southern California wins this one, only because of summers. And Phoenix averages 8-10 degrees hotter in the summer than Vegas, and it lasts longer, sometimes to Halloween. Las Vegas isn’t as toasty in the summer, but it does get hot (although not as humid, which matters a lot). But it has great weather the rest of the year, pretty much the same as Southern California.

Cost of living: Las Vegas and Phoenix are pretty much the same, with the median income and resale home cost fairly equally priced (you may get a bit more yard in Phoenix). California is off the charts on the cost to buy a house, with median resale homes more than twice that of the two desert cities (more than four times in San Francisco).

Airport: All have decent airports, although Las Vegas has more bargain flights to places because it’s a tourist town – and it’s easier to get in and out of McCarran International Airport (certainly than Los Angeles International Airport). Other cities also have reliever airports, and Vegas does not (nor does it need one for passengers, yet).

Low taxes: Nevada, which has NO STATE INCOME TAX and relatively low property taxes, is a slam-dunk winner here. Arizona has low income taxes by national comparison, with the high about 4.5 percent, and low property taxes. California is a killer, with the top rate past 13 percent – not to mention taxes on all that expensive real estate (and little indication that anything will ever go down). Move from L.A. to retire in Vegas and automatically get a 13 percent raise. Not bad. Texas has no income tax but high property taxes, like California.

Things to do: Clearly, more entertainment passes through Las Vegas than any city close to its size, and it’s accessible. Phoenix has all the major pro sports teams (none of them consistently good), but L.A. does too. Vegas has an NHL expansion team in the Golden Knights, and the NFL Raiders are on the way. And if you like the outdoors, you can’t beat Vegas.

Mountains:Mount Charleston, 45 minutes from Downtown, is Las Vegas’ saving grace here, along with nearby Red Rocks and a plethora of easy-to-get-to hikes. Phoenix has mountains right in the city that thousands of people hike them every day (except in summer). But it’s a couple hours from there to the cool, higher woods. The L.A. basin has mountains around (you can even see them on rare occasions after a rain douses the haze), but you can’t get to them (or anything) quickly. Phoenix has multiple and different mountain ranges within a few hours, plus hundreds of miles of accessible dirt roads on government lands that you can drive to and camp in the pines without being bothered. Sedona, Grand Canyon, White Mountains, Flagstaff, Prescott – hard to top those cool retreats.

Body of water: Las Vegas has Lake Mead and the Colorado River, while Phoenix has multiple lakes, some huge, all around it. The Pacific Ocean trumps those, although it’s incredibly expensive to live near the ocean and a headache to get there . . . and then park. And the ocean is not a difficult or long drive from Las Vegas.

Easy to get around: Coastal California and Dallas are traffic nightmares, sometimes even at 3 a.m. on a Sunday. Phoenix has a grueling rush hour but boasts a decent freeway system otherwise, although it’s probably the most sprawling metro area in the nation and approaching 100 miles from the two farthest corners. Las Vegas is much smaller and has decent but not excellent freeways and not much of a rush hour compared to the other cities. The five miles of Las Vegas Boulevard known as the Strip is another story entirely (think slow-moving parking lot), but locals avoid going there unless for an event or to meet out-of-town friends.

One cool feature that Las Vegas folks discover after moving there is that friends from all around the country visit now and again, so you get to see them on the fly, if only for coffee or a brew. That happens less in Phoenix and in L.A.; even if friends come to town, those places are so big and hard to get around (again) that they might as well be 100 miles away. It’s worth noting that the Sonoran Desert in Arizona, which is rolling hills and mountains and filled with desert trees, bushes and wildlife, is prettier than the more barren Mohave Desert around Vegas and Los Angeles. Mountains surrounding Las Vegas are more scenic.

Did Dad retire in Vegas?

Dad wound up deciding to retire in Vegas, joining my sister there. he California sister moved to Las Vegas as well. As it turns out, I eventually followed suit.

For subsequent posts and for the book, I’ve grouped Dad’s formula into four major categories (Cost of living, Weather, Things to do, and Getting around), and I added a fifth – Retirement living for a list and description of age-restricted communities. (It wasn’t on Dad’s list because he wanted to live in a traditional neighborhood.)

Use this guide and checklist to see if Las Vegas might be the best retirement home for you.