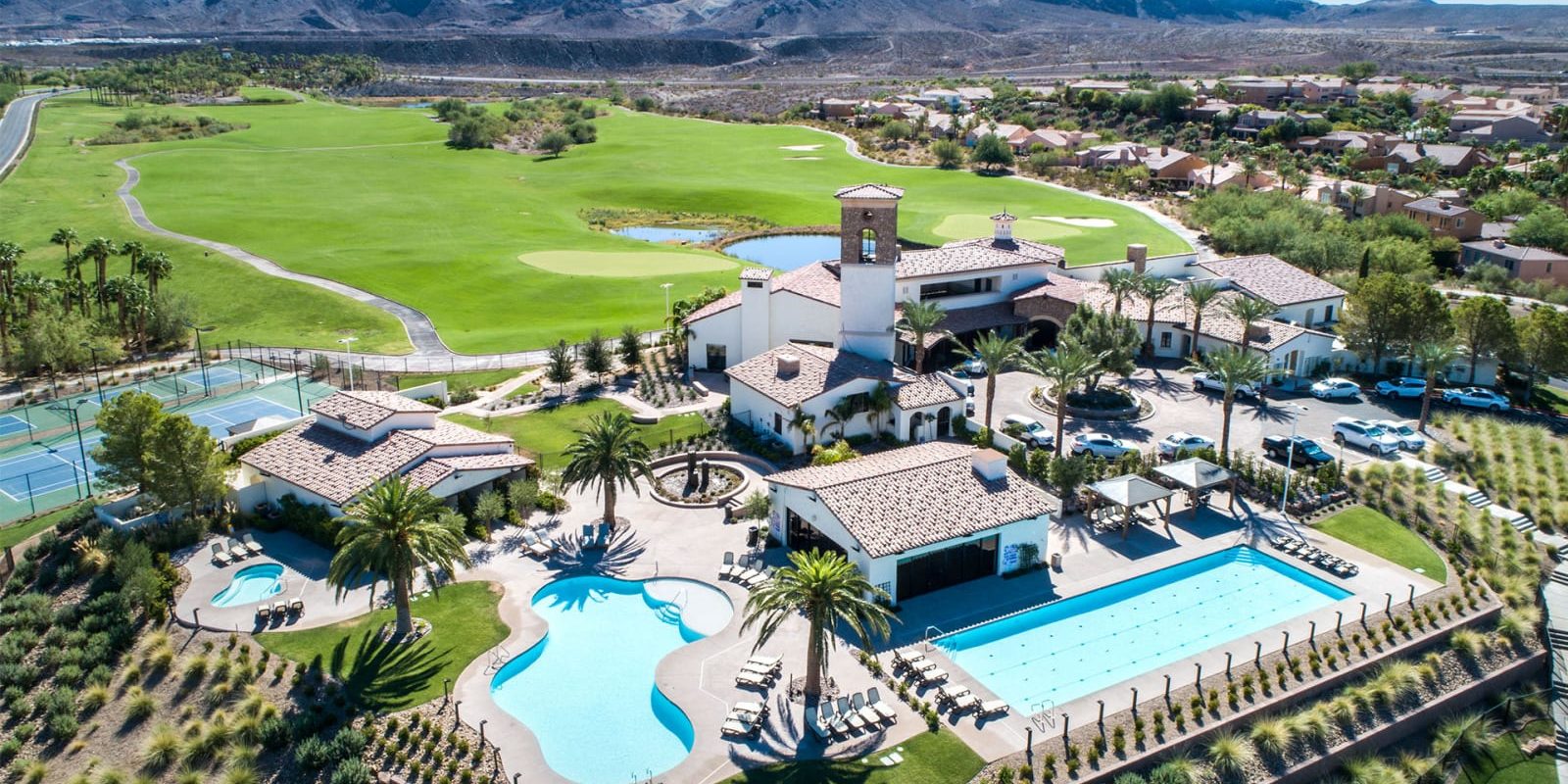 It will have the same type of social and recreational amenities that seniors have come to expect in the nation’s first big-development retirement community creator. That includes a 10,000 square foot clubhouse, swimming pools, a fitness center and game courts like bocce and the currently popular pickleball.

It will have “private club houses, access to the lake, and a number of hiking trails, biking trails, [and] golf courses” Cody Winterton, executive vice-president of Raintree Investment Corporation, told KLAS. “It’s going to be an all-around active adult package for people that are looking to retire here in Las Vegas, ”

Recreation and other amenities in Lake Las Vegas include the 320-acre artificial lake, and Italian-themed village, hotels and golf. It’s about a half-hour drive from the Las Vegas Strip and the airport.

For those interested in buying a home here, Del Webb hasn’t announced pricing but says there will be eight Mediterranean style single story options that will include contemporary technology popular with the retirement audience.

Vegas is the new retirement destination

The Las Vegas area has garnered more attention from seniors and retirees around the country.

A recent survey noted that three parts of the Las Vegas valley were on the top 10 list nationally of places where retirees are moving: Henderson, Enterprise, and Paradise.

“Las Vegas is recognized among the top real estate markets in the country and is highly sought after by active adult home buyers for its low cost of living, including no state income tax, moderate year-round climate and access to world-class amenities,” he said.

Free book on retiring in Vegas

For anyone interested in why Las Vegas would be an attractive retirement destination, a free book on the subject offers an in-dept discussion.

It takes readers on a journey of a retired engineer who had worked internationally and who created a list of what features he wanted in a retirement location — the entire area, not just the neighborhood.

Those requirements included a low cost of living and low taxes, lots of things to do both indoors and outdoors, easy traffic, a mountain, a body of water, and a great airport with low fares so he could travel to visit kids. He chose Las Vegas.

An e-version is free to those who go to www.RetireNV.com and register.