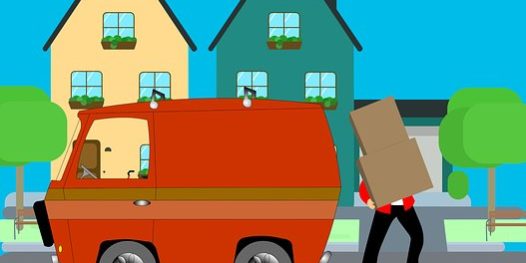 Millennials are starting to like the Vegas valley more

If you’re wondering where all those people from California are landing in the Las Vegas valley, you can be sure that plenty of them are moving to Henderson.

And that’s particularly pronounced at both ends of the age spectrum.

What the data said

Using Census and other immigration and emigration data, SmartAsset determined that most millennials want to be in Pacific Time Zone states, (Seattle, Portland, San Diego, and Henderson), with a similar cluster in the Mid-Atlantic known for a tech environment (Norfolk, Virginia; Clarksville, Tennessee; Charlotte, North Carolina; and Columbia, South Carolina). Dallas and Colorado Springs rounded out the list.

Henderson came in No. 10 on the list. Not bad when considering that last year it wasn’t on it at all

So moving millennials are clustering in the southern and western states, not so much the Northeast, Midwest, and northern Plains.

Note that they’re not picking Los Angeles, San Francisco, New York, or Chicago, which are big and sometimes trendy cities. Rather, they’re heading to relatively smaller metros with job opportunities, an attractive lifestyle, and (for the most part) decent weather. In fact, New York, Chicago, and Miami come in the top three of cities that are losing millennials. The enormous expense of living there must weigh heavily on those decisions.

SmartAsset’s similar survey of senior retirees found much of the same preferences, although in a different order. Six of the states in the millennials survey also wound up in the Top Ten places seniors and retirees are moving.

And the No. 1 destination for retirees according to the survey?

If you guessed Henderson, we have a winner.

And its neighbors also were popular.

The Enterprise and Spring Valley areas also made the list, coming in at No. 9 and 10, respectively.

So evidently the news that Vegas is a great place to retiree has gotten out.

Cost of living and weather

The survey doesn’t note what drove retirees to their choices, but two things stand out: weather and taxes.

Nevada has no state income tax, as do three of the other states on the retirees’ list: Washington, Florida, and Texas (although Texas has high property taxes). Tennessee doesn’t tax wages, Social Security, and withdrawals from qualified accounts like IRAs or 401(k)s.

And the least popular states for retirees are tax aggressive and expensive. California, New York, and New Jersey are in the bottom five, and most of the states also have high housing cost. Of states with high housing costs, only Washington make the list of states that retirees liked.

Good for Henderson and Las Vegas

This is good news both for Henderson and the entire region. Retirees who relocate tend to bring much higher than average wealth to their new homes while requiring less in services other than health care. And millennials are the workforce not of tomorrow any more but of today.

If you look at any story about a tech giant locating a new office or plant in a new city, availability of a viable workforce is nearly always on the list, and high.

Here’s what the report noted about millennials coming here:

“Henderson is right near Las Vegas, a city with plenty of nightlife as well as employment options. The net influx of millennials who moved into Henderson was 3,028. Of the total 4,957 millennials who made a new home in Henderson, 4,622 were from out of state.”

What we want in a neighborhood

Another survey by Improvenet indicates that those areas of Las Vegas would be appealing to movers is a study that asked people what they want in their neighborhood.

Dominating the list was the desire to be part of, but not right in the middle of, a bigger city.

Also high on the list was low commute times, which Vegas enjoys much more so than metro areas within striking distance, like Phoenix, San Diego, or Los Angeles.

9 headlines on why people and businesses are leaving California
RetireNV: Why Dad opted to move to Vegas – a retirement checklist
Nevada among Top 5 cheapest property tax states
Vegas among top 20 cities for business start-ups