California apartment rents are 2-3.5 times those of Las Vegas 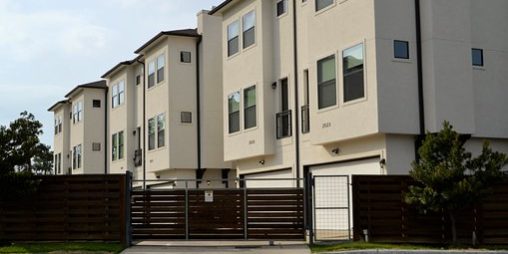 Cost of land, regulatory expense, higher taxes, land use control and other factors make it enormously expensive even to rent in California

A story in the San Diego newspaper lamented that average apartment rental there has run up to $1,887, a record.

That’s quoting data by a local firm, MarketPointe Realty Advisors. According to RentCafe, which tracks rents nationwide, an average San Diego apartment will set you back $2,028. That’s just a 3 percent jump year over year, but it’s up 15 percent since 2015.

Either figure is about twice that of Las Vegas — or more.

Head farther north, to San Francisco, and expect to pay an average $3,426. If you must stay in a studio (and at those prices, that’s much more likely), expect to spend $2,500.

How else do we compare?

Those prices are perhaps even better than the differences among housings costs in Vegas vs. California.

While Las Vegas has been appreciated at a faster pace than most of the nation in the past year, close to 12 percent, that’s still coming off the worst housing bust in the country during the Great Recession. And Las Vegas still hasn’t gotten back to peak values, unlike the rest of the country.

Prices are expected to continue climbing in Nevada, although some predict a slowing of the rate growth. And there are still townhouses and condos, including new ones, going in the $100s here. You won’t find that anywhere in Coastal California.

​Maybe Las Vegas real estate is a much better investment than California apartment rents. It’s certainly a more possible place to buy a house or rent an apartment.

Rent or buy your next home in Las Vegas?Vegas rated high for a vacation rental investmentMedian Las Vegas resale home price up to $280,000Bay area home sells for $782,000 … over asking price

Want the (temporarily free) book on Vegas vs. Cal?

If you’d like an advance copy of Hal DeKeyser’s upcoming book: “DumpCal – Leave California for Las Vegas to double your lifestyle for half the cost,” contact the author at hal.dekeyser@gmail.com with “DumpCal book” in the subject line. It’s free for a limited time.