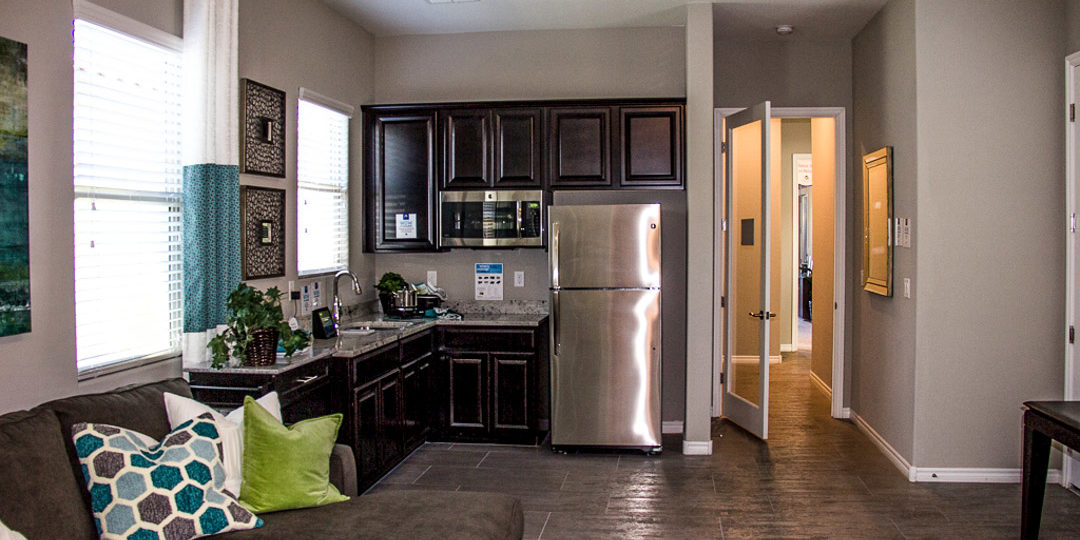 If you’ve considered buying and living in a house with your parents or adult children, you’re pondering a growing housing movement that now boasts 64 million Americans in multigeneration households.A Pew Research Center report shows that 20 percent of the U.S. population now share their houses with Mom and Dad or the grown-up kids, and often their kids.That hasn’t been that high since the 1950s, when it was 21 percent. The low was in the 1980s. It’s been rising steadily through the Great Recession, and the subsequent economic recovery and then housing boom hasn’t reversed that.

In 2016, nearly 30 percent of Asians were in multigeneration households, followed closely by Hispanics at 27 percent and 26% and blacks at 25 percent. Among white families, that’s 16 percent.Millennials spend a staggering amount on rent by the time they’re 30

The most likely group, though, is young adults without a college degree. These are people in the earlier stages of career, family and wealth accumulation, and they’re saving money (or at least not spending it on housing). 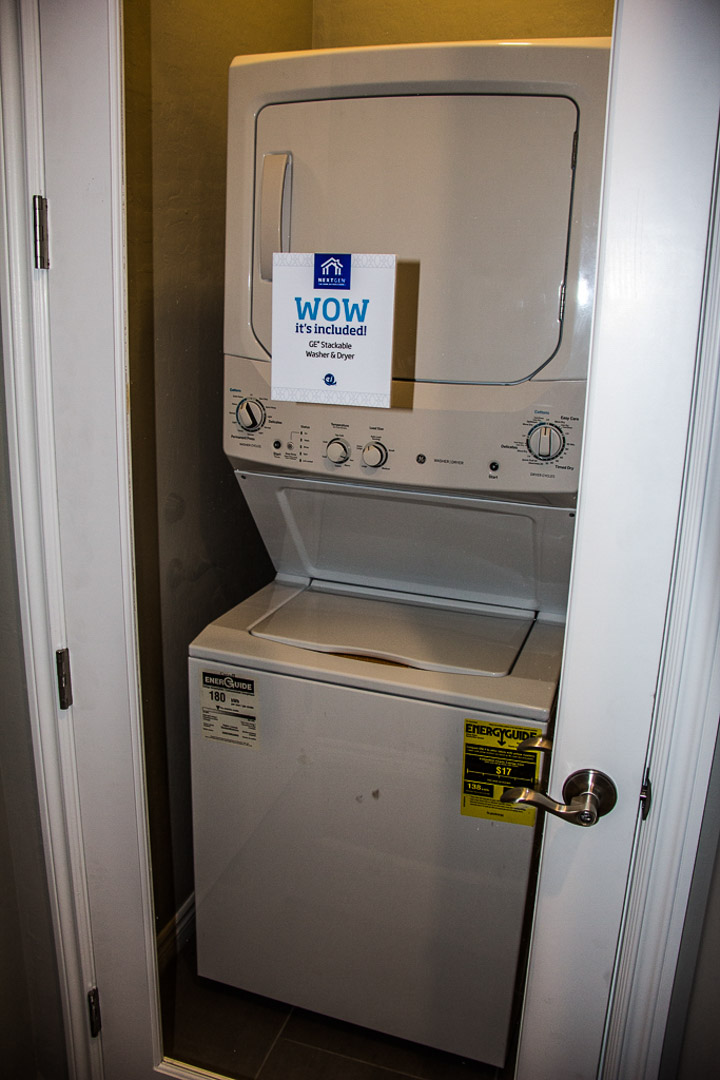 Many builders in Las Vegas offer multigeneration housing under different brand names and throughout the Las Vegas valley.

They come under different brand names, like NextGen, SmartGen, and GenSmart Suites, and some set-ups could work that way without the branding and moniker, like some of the elaborate casitas being offered by many if not most Las Vegas homebuilders.

You’ll even see these floorplans in 55+ communities, like Lennar’s Heritage at Cadence in Henderson. It has a separate entrance off a semi-hidden interior courtyard that allows maximum privacy and “alone time” even within this two-family set-up.

That, of course would preclude children, but not a middle-aged couple with aging parents, or parents with 20-something kids who have yet to start families. (Lennar has multigeneration housing in family neighborhoods as well.)

Some of these floorplans include a bedroom suite with a small sitting area and perhaps a counter with a sink and microwave. The more elaborate ones have separate entrances and sometimes a designated garage space with its own entry.  An elaborate model we’ve previewed in Southern Highlands has all that plus a door to the patio and an interior door that separated the main house from the next generation space.

Many of them also include a stacking washer-drier in a closet so Mom and Dad can be even more independent if they choose.

You’ll find this housing arrangement built into the floor plan more easily with new construction homes, as the trend for accommodating this lifestyle in a side apartment design has become popular fairly recently.

But all these 64 million Americans who share accommodations with neighboring generations don’t live in a house especially designed for that kind of use.  In many cases, it’s just the bedroom down the hall.

In Las Vegas, with its bent toward two-story houses thanks to lack of available land, the “bedroom down” can be the best spot for the added generation. Many come with a full bath. That’s particularly helpful if it’s the grandparents, who might not navigate the stairs as easily and the grandkids.

The Multiple Listing Service, used by local Realtors to keep track of homes for sale and find what a buyer is looking for as quickly as possible, doesn’t designate multigeneration housing in its search fields.  But a plugged-in agent should know what builders offer them in new communities and how to work the MLS to find something that works for a particular family.

Make sure your investment is secure legally and financially

A family I know found themselves in a multigeneration housing arrangement that went personally and financially awry when the prime buyers in the household got divorced. All the non-contracted obligations or assumed obligations then became a matter of potential dispute, with all parties on eggshells until the final disposition of the property.

Don’t put yourself at the mercy of unplanned but possible changes in life. Get as much as possible in writing so you have a defense if needed. 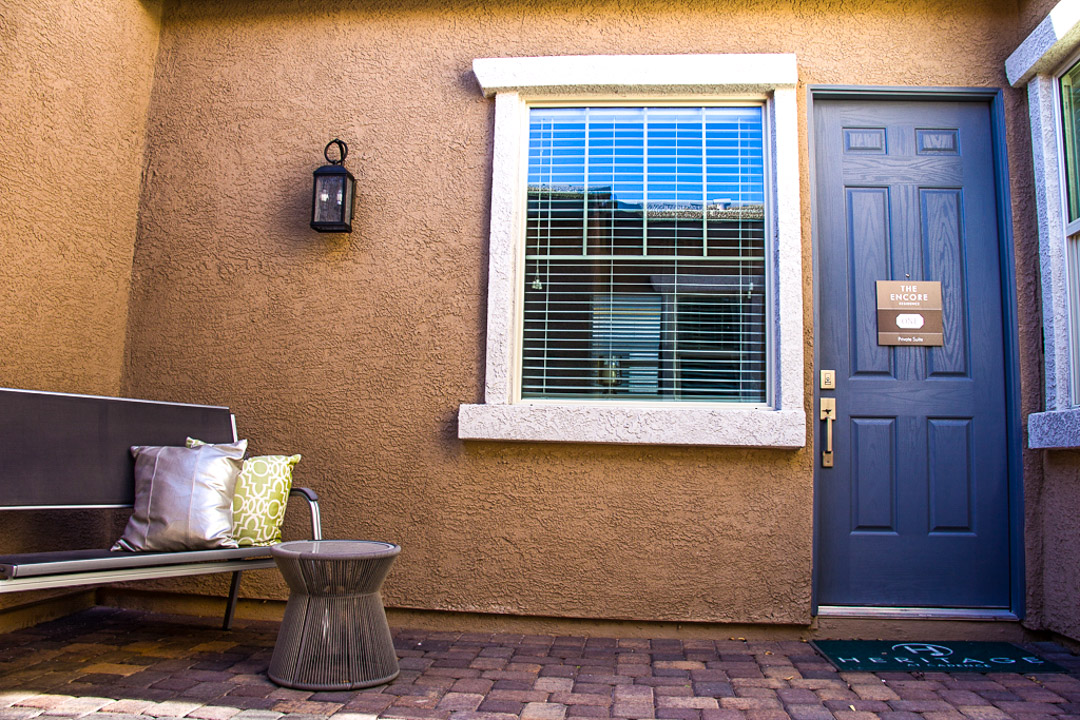 Many multigeneration housing options include separate entrances, like this Lennar model at Heritage at Cadence in Henderson.

A checklist for multigeneration housing candidates

If you think multigeneration housing might work well for your circumstances, consider what happens “if”:

All those developments, and more, could tilt the balance in a household that must be more balanced than most to begin with. Before deciding whether to buy into multigeneration housing, sit down together and run through those sometimes-uncomfortable “what ifs.”

Devise exit strategies that make everyone as whole as possible. You may want to give less weight and advantage to the person(s) who later decide they want out as that disadvantages the others. That’s up to you.

I would invest in solid legal advice and get your agreement in writing, signed by all affected. Make sure you know what happens to you and your investment should the multigeneration housing living arrangement not work out.

In addition to the legal protections, it also would be a good idea to come to consensus about how you behave in the house. That could include such things as:

Obviously, there are many personally meaningful, financially helpful and comfortable improvements in living standards that can be achieved via multigeneration housing. If that were not the case, the trend would not be expanding.

You can save money, afford more options, have built-in babysitters or vacation house-watchers, have more room, give (or give back) more to your bordering generations and mitigate family headaches.

But it’s also a more complicated relationship, but legally and just living in the home, so be prepared for that.