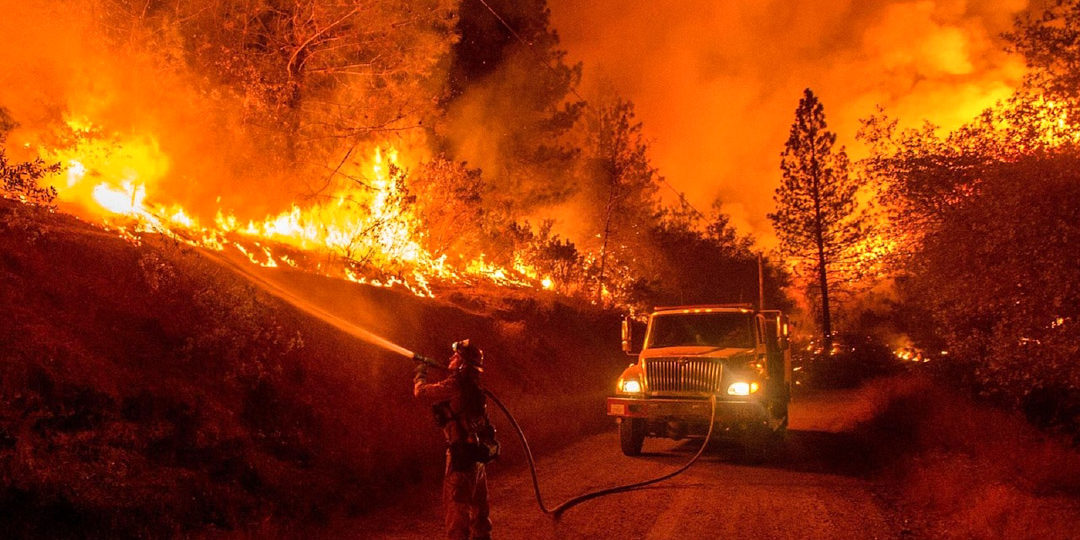 As if exorbitant housing costs, oppressive regulation, and skyrocketing taxes weren’t enough reasons for leaving California for less expensive environs, now the place is burning down . . . in the dark.

Worsening wildfires are threatening or destroying forests and properties from LA to past Wine Country, and the burning season is so long now that it barely seems to start or end. And now, to add to that, power companies are staging rolling blackouts in and near the threatened communities because their inadequate grid could start more fires. And people are tired of it.

California Fires Are Getting Worse. What’s Going On?

A joke going around Facebook these days points out the California is making everyone buy electric vehicles and then shutting off the power. And the Golden State refers to the approaching hue of the flames.

The unpleasant scenario is being blamed on climate change, more people building closer to nature rather than in suburbs on flat land, drought and insect infestation killing trees, and poor preparation given all the other issues.

Oddly enough, the thing not being blamed is poor cooperation between the state and federal government. I heard California Gov. Gavin Newsom on the radio the other days saying – despite all the battles between him ad President Trump – the federal government is giving the state what it has asked for in help.

It’s not over even when it’s over

To make matters worse, the headaches don’t stop with the last ember is extinguished.

The charred forest continue to emit pollutants long after the fire is out. And burnt trees are often replaced not by more big trees but by grass and weeds, which don’t hold carbon as efficiently as trees. That also can mean that the areas are more likely to suffer erosion an other ills.

Also, burned forests are easier entry areas for invasive species, which changes the nature of the wildlife there.

Other issues include the massive volumes of smoke, pollution, and other nasty particles pushed up into the air an spread over several states, the danger to firefighters with more fires (and less rest), and the incredible cost of clean-up, rebuilding, insurance, and damage to communities, including limiting use.

California citizens also will pay more – not just for the added governmental costs but also for high insurance premiums, if all of them can even get insurance in high-risk areas after all of these.

Go here for the full story of people leaving California

The fires are just one more reason pushing residents out of California. If you want to see an explanation of the rest of them, go to www.DumpCal.com and register for the free book: