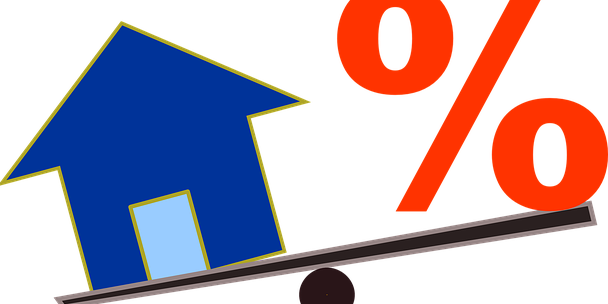 If you’ve been watching interest rates in advance of buying a home in Las Vegas, here are a couple of good news stories for you.

And one you won’t like if you’re a DACA immigrant.

As it now stands, a House committee has voted to remove the requirement that buyers pay for FHA mortgage insurance for the entire life of the loan. If it becomes law, that means you could get out of the expensive (and non-tax-deductible) extra expense once you have 78% equity in the house. Now, most homeowners have to refinance (and pay those expenses) to get out that insurance.

Of course, it’s a Democrat-backed bill in a divided Congress, so the chances of any bill making it all the way through the process are iffy. But both parties tend to want to make home-buying easier, so . . . perhaps.

But you also may be able to save money on the interest rate if signals from the regulator who decide bank rate interest rates are credible.

Both indicate that the rate-setters are likely to lower interest rates for banks either in June or July. Both the Wall Street Journal survey and a futures group are speculating that a rate reduction is in the offing from the Federal Open Markets Committee, which sets those rates for banks. Mortgage rates are not set to the FOMC rate, but the pattern often is parallel.

The Fed may be worried that the economy is slowing and might need some extra punch. That, couple with trade and tariff worries, could cause the Fed to add fuel to financial markets.

Not good for DACA borrowers

The bad news for DACA immigrants trying to buy a house is that the Department of Housing and Urban Development (HUD) has decided that it won’t back FHA loans for Dreamers. These are the offspring of undocumented immigrants who were granted non-permanent legal status during the Obama administration with the expectation (or at least hope) that a more permanent solution would be legislated for them.

We all know how that’s gone.

The House Financial Services Committee also recently approve the Homeownership for DREAMers Act, which says their DACA statuses can’t be the cause of denying an FHA loan. But that also has to pass the Sentate and White House, a prospect that’s not drawing a lot of bettors’ money.