You are here:
AT HOME 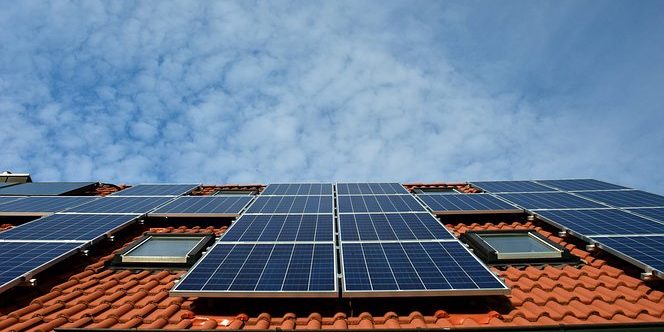 If you own solar panels on your roof, your house should sell for more than $9,000 than those without it.

And Las Vegas homeowners with solar gain more energy benefit than other metros because it has more sun days and fewer sunlight blockers – even more than some sunny places like Phoenix or L.A.

That’s the findings of a Zillow analysis that said solar-equipped homes sell on average for 4.1%, or an average $9,274 above what a similar home without that. You’ll also get more value out of using it, depending on where you live. The Southwest is the best.

But will you save overall?

Part of that is driven by what’s called the Sun Number, which averages 78 nationwide. Vegas is at 93. That’s at the top.

Zillow economist Sarah Mikhitarian says buyers anticipate money savings on energy costs when buying a solar-equipped home. But other upgrades like energy-efficient appliances and windows can do the same thing. Solar homes also could have more of other features that buyers like, Zillow says.

So solar will improve you sales price and home value on average, the study says. But that doesn’t mean you’re going to come out ahead on the real estate.

What about leased solar?

If you buy a home with a leased system that the seller doesn’t pay off, you’ll have to add those lease costs to your debt and payment obligations, and therefore the cost of the house Buyers also generally have to qualify for that lease, which can push some over the debt-to-income equation they need to buy the home.

RetireNV: Why retire in Vegas – Lifestyle, cost of living, weather

Artificial lawns in Vegas save water, give neat and green yard
February 9, 2021

Where can you get the biggest house for the dollar?
September 12, 2017

Protecting your house from burglaries
August 9, 2016